Our big storm was predicted for days, to start on Saturday and continue to Monday. By Saturday evening the roads were only a little wet, and many of us were thinking the weather forecasters had missed the rim on their predictions. But snow started during the night Saturday and continued hard all day Sunday. When it was all done we had over two feet here in Wheat Ridge, Colorado. I went out several times during the storm to shovel the wet snow, so as to make the final job easier, and because all I was doing was watching it snow so I figured I might as well be out in it.

First thing Monday I put on snowshoes and me and the dogs trudged down to the Greenbelt, to get some photos before the melt started. The wet snow was still clinging to even the most narrow branches. The snow-heavy plum and buckthorn formed a tunnel over the trail, that I had to crouch down several times to get through. I was the first one down to the Greenbelt from the south side. After a while we came across someone going the opposite way - a slender woman with brown braids and a blue knit cap. She wore a red jacket, and was out with her two dogs. It seemed that like me, they all were in a good mood from being out in the pure beauty of this spring snow. We chatted a little and then continued on. I was thinking there is a person after my own heart. 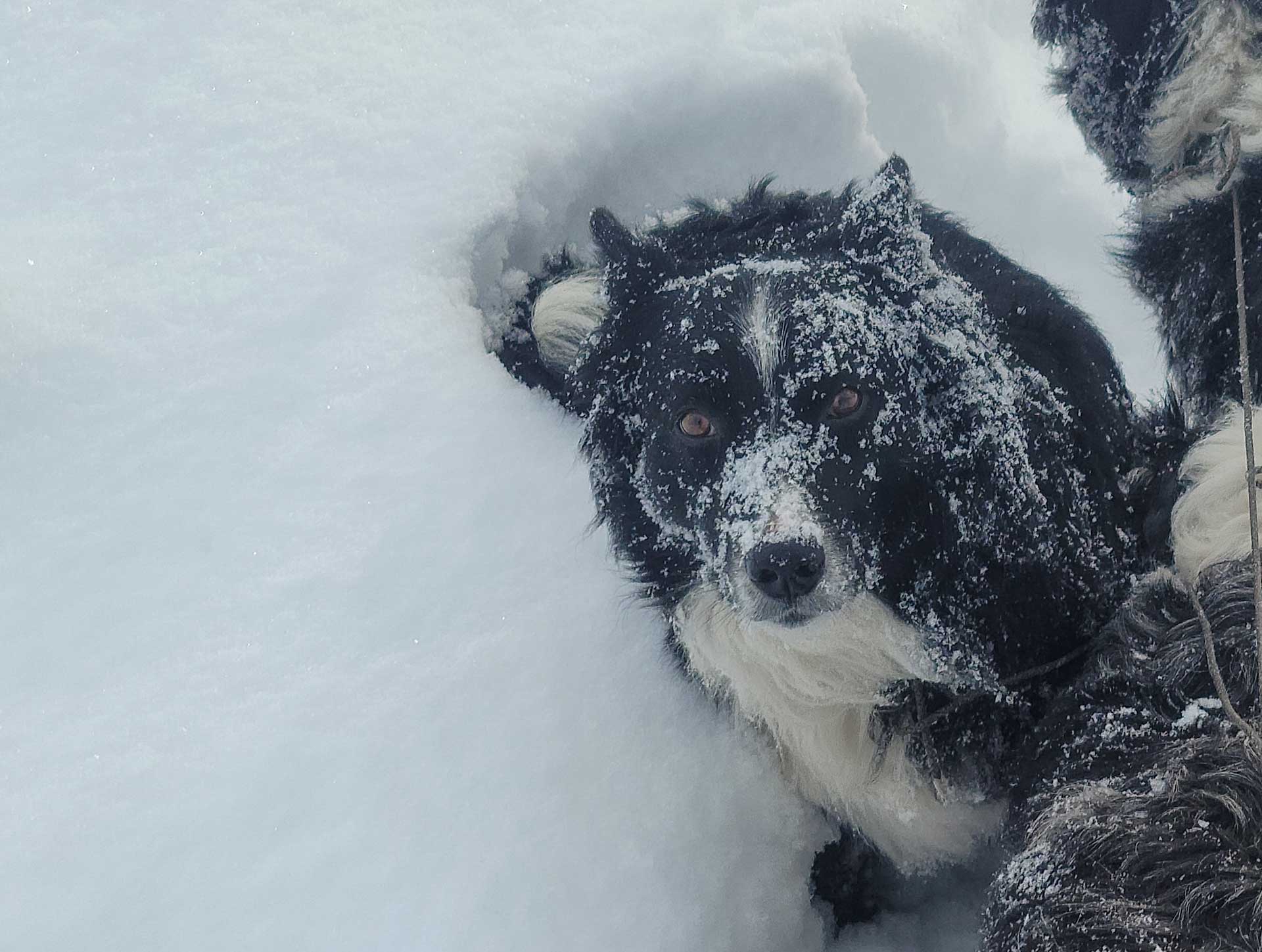 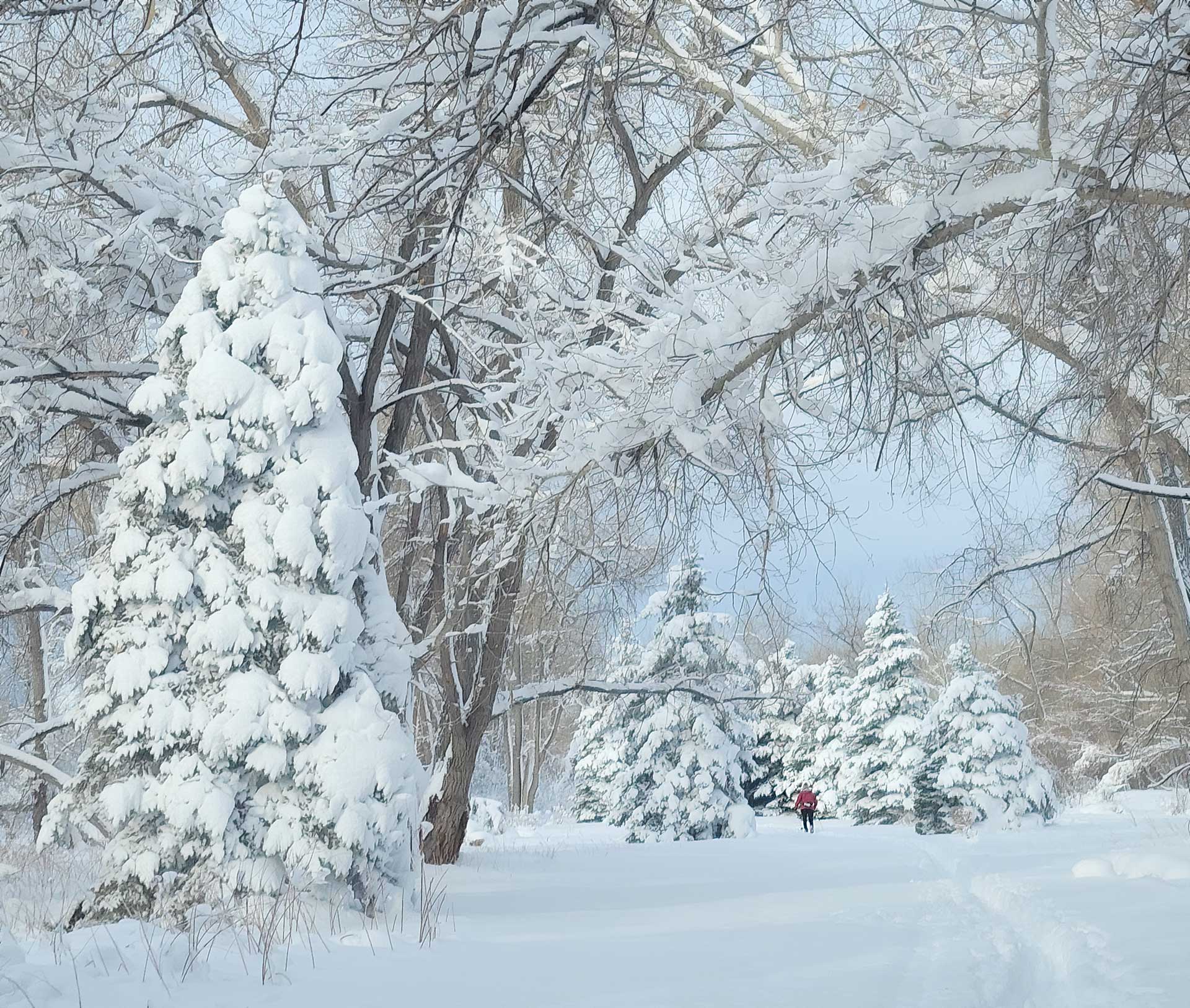 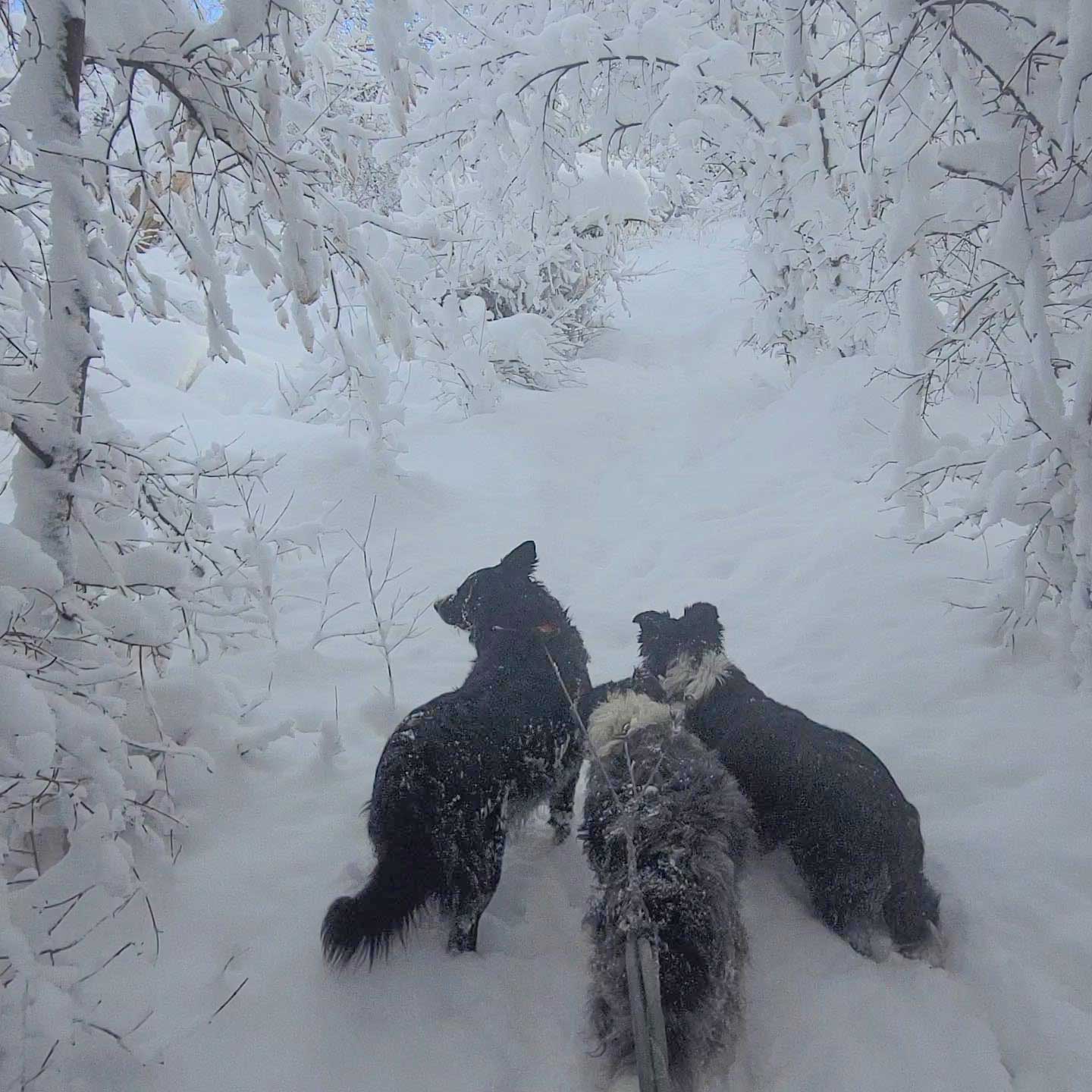 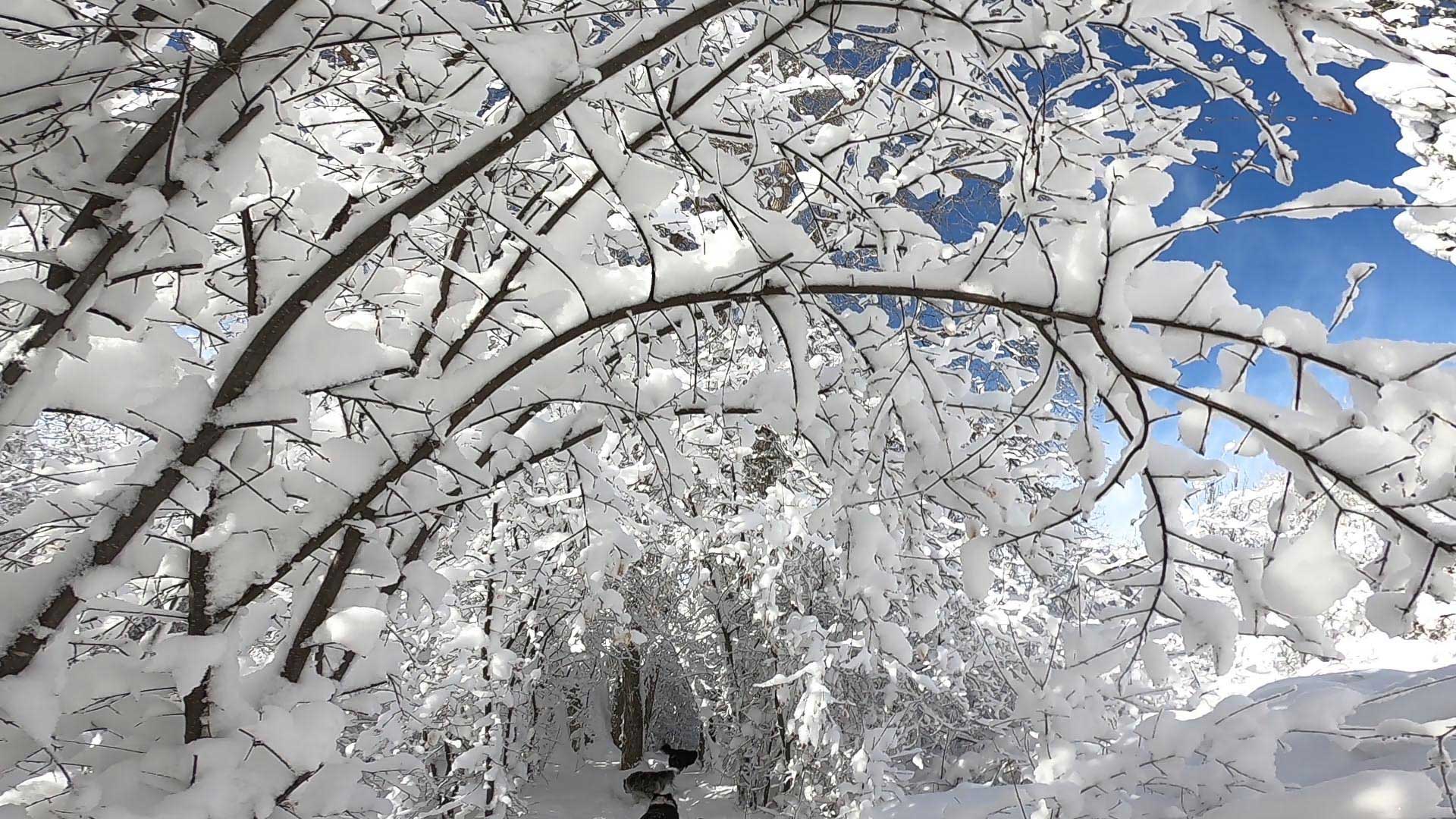 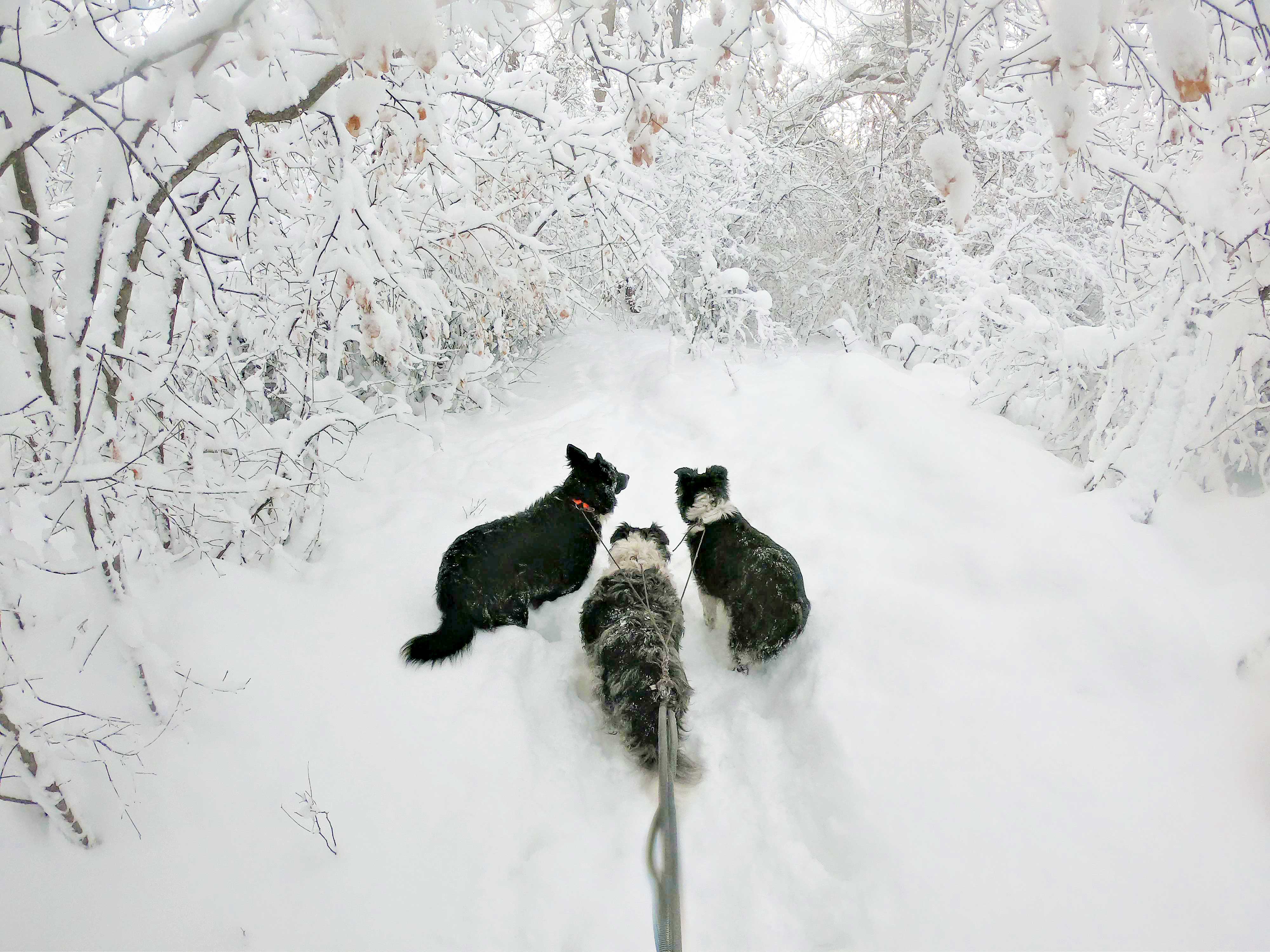 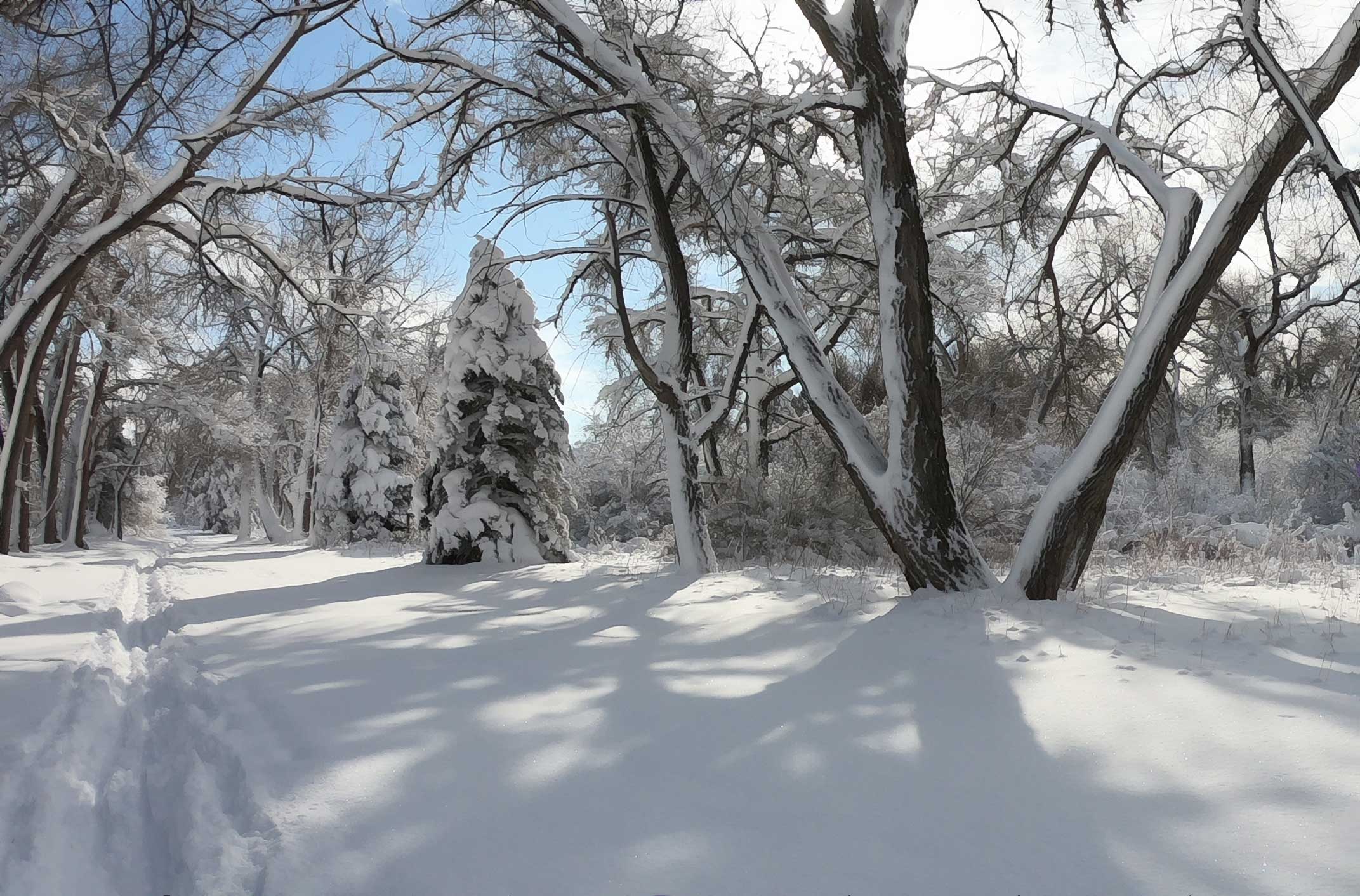 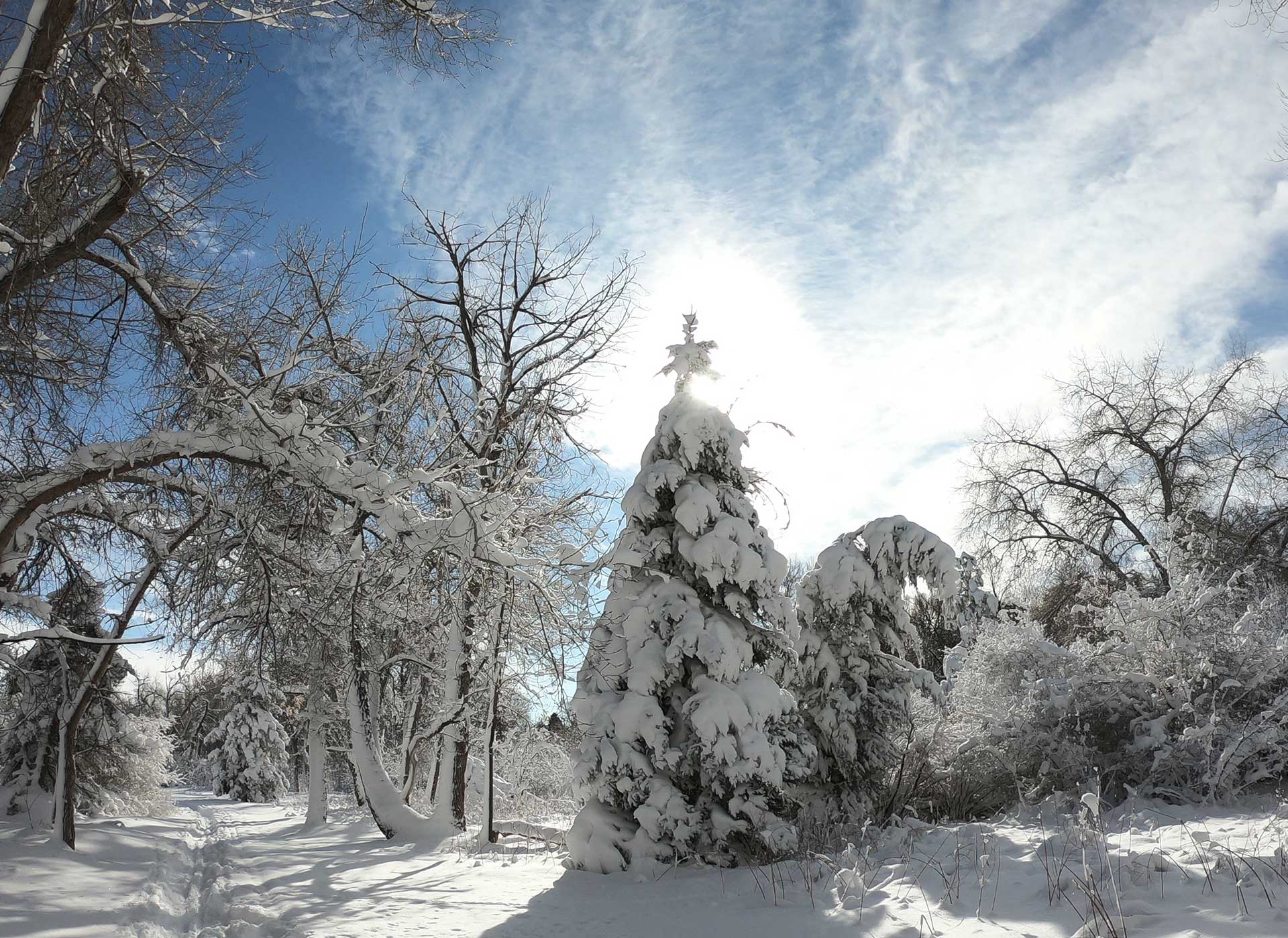 “Lacking the pains of winter, we do not deserve the rapture and respite of Spring" - Donald Hall
menu code
menu