I decided a while back that when the weight of GPS Satellite Receivers gets down less than 4 ounces, maybe I will get two of them - a primary and a backup, since I do so much off trail backpacking.

A couple of weeks ago I found the Garmin Foretrex 301, which straps to your wrist like a watch, and only weighs 3 ounces 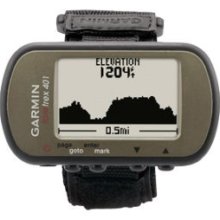 GPS Receivers are amazing. A month ago I went off trail for two miles, mostly through Ponderosa Pine and Douglas Fir Forests, up and down drainages. On the way back I was following the arrow that pointed to the Truck Waypoint, and I really did not know how far I was from the truck, or the precise direction. I came over a rise and there it was - just a couple of hundred yards away.

They allow me to take more risks going across country, or coming back later than is wise. Once I returned to a camp in a pine forest after dark, with my headlamp and a GPS. I walked right up to the tent with no problems. Forests don't look the same after dark and I can't say for sure I would have found the tent that night without the GPS.

Last week the dogs and I climbed a steep slope to camp up on a ridge. It was important for me to follow the exact route back down, since I went in a slot between two outcroppings on the way up. I wanted to find the same slot so I wouldn't get cut off by a cliff.

I traced my steps from marked waypoint to waypoint, and found the slot no problem.

When I got home I used the usb connection the Foretrex has, and found that my route could be uploaded to a topo map or a satellite on the Garmin Website: 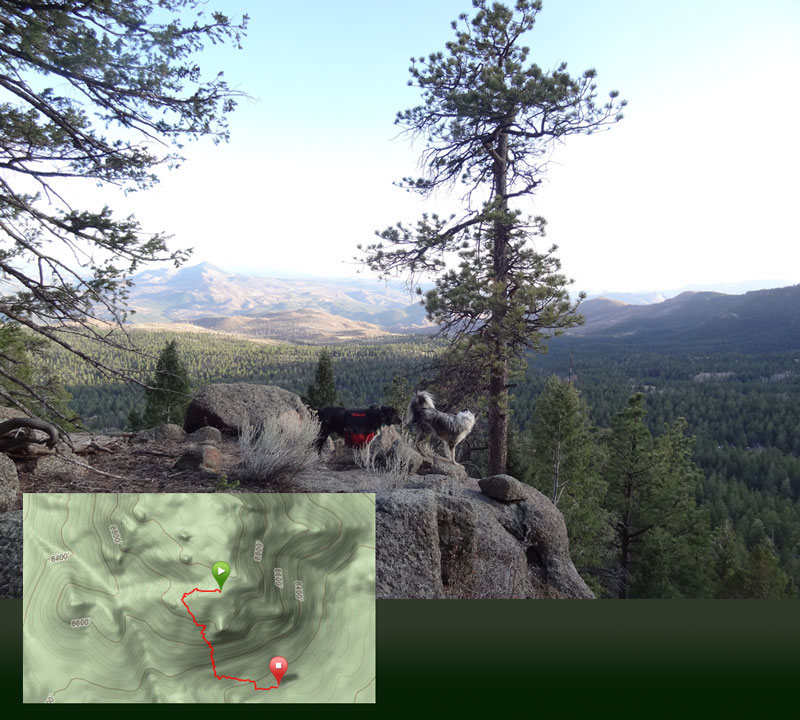 It was so dry on the forest floor that it was downright creepy. In the middle of the night the wind came up, and I was thinking how fast that North Fork fire advanced a week earlier - 5 miles in two hours. 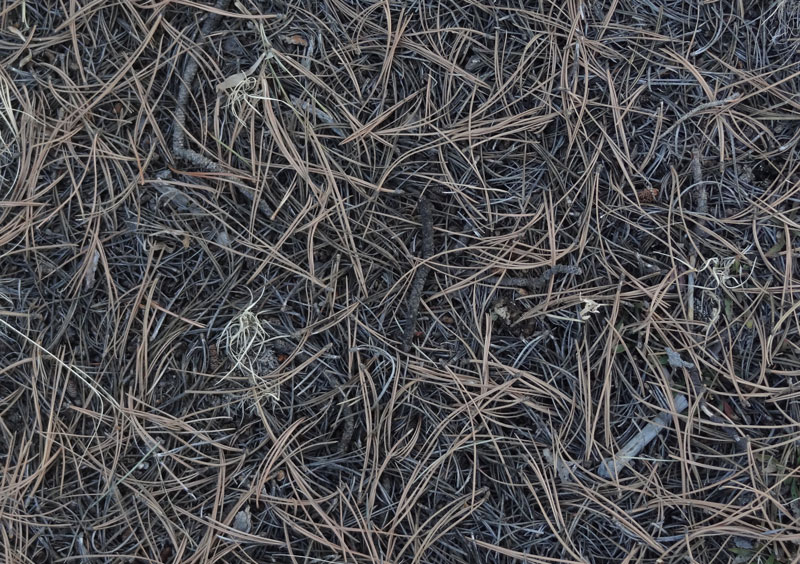 That whole Ponderosa Zone is so overgrown that it is a certainty that we will have numerous catastrophic fires in the future. That is what happens when you have 100 years of fire suppression, and the fuel accumulates on the ground. The wildcard is increased temperatures from global warming.

I have seen myself how much the elk like the burned over areas - more than once on mornings seen them rising north from the Hayman Burn, or West from the Buffalo Creek Burn.

You don't want to be there when it goes up in flames though. I decided I will head up higher, near the snowline, on my next few backpack trips.

I love being up on a ridge to see the sun rise over the horizon below. Those first few minutes of golden light are breathtaking. Backpacking allows me to witness something like that, up on a ridge, alone, with my border collies - to see a new day beginning, down from where we slept. 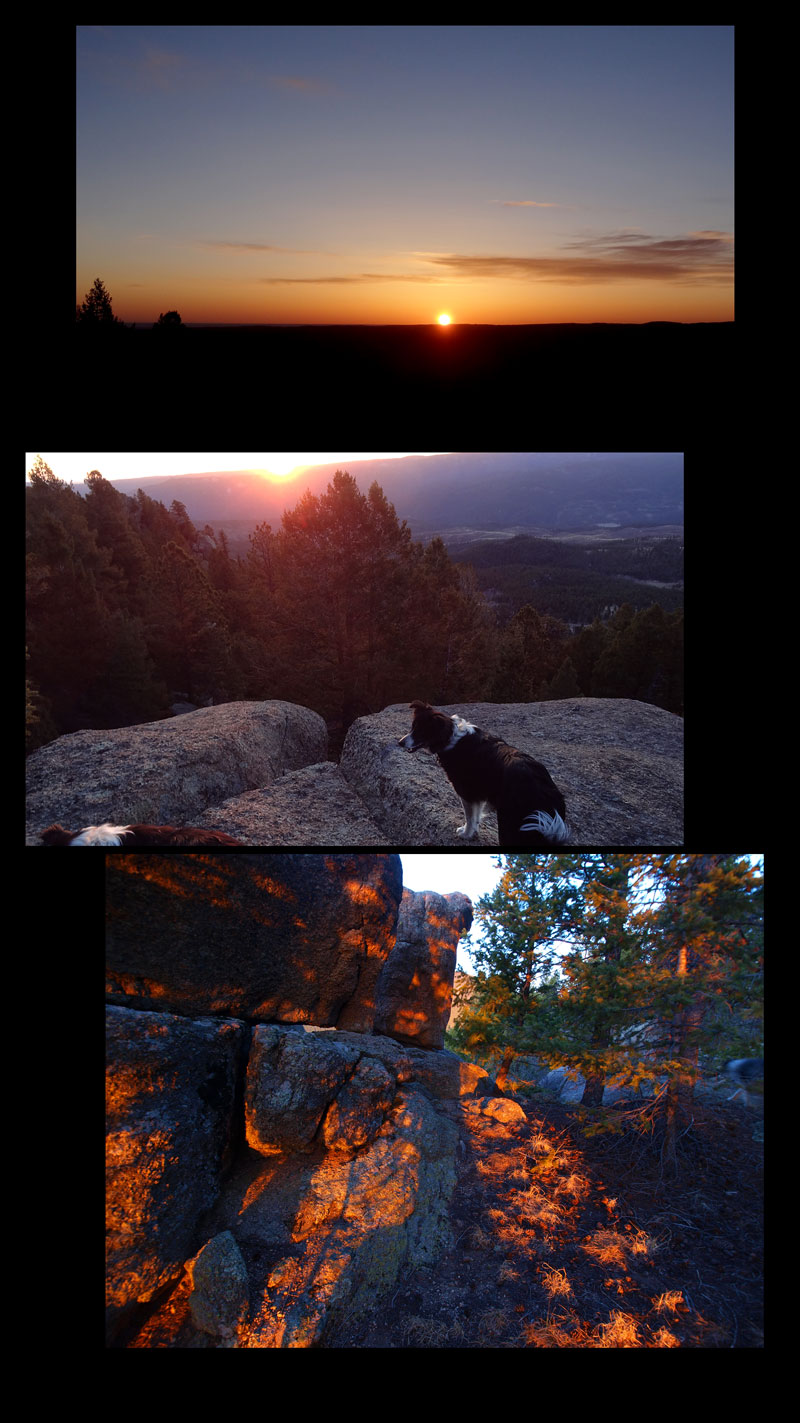 While exploring the ridge we were camped on, me and the dogs came across an old dead Ponderosa, curved over at the top, in front of a rock outcropping. Old trees have character and a sacredness to them. I often place my hand on them, to receive some of their energy and wisdom. 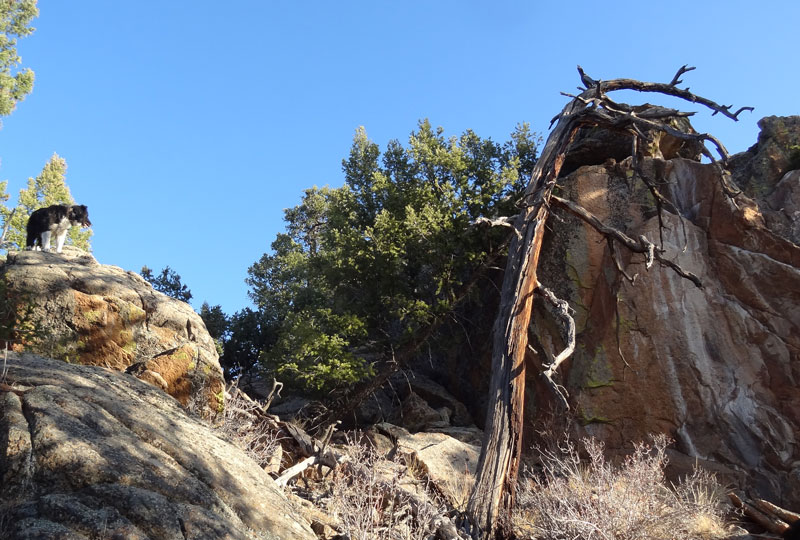 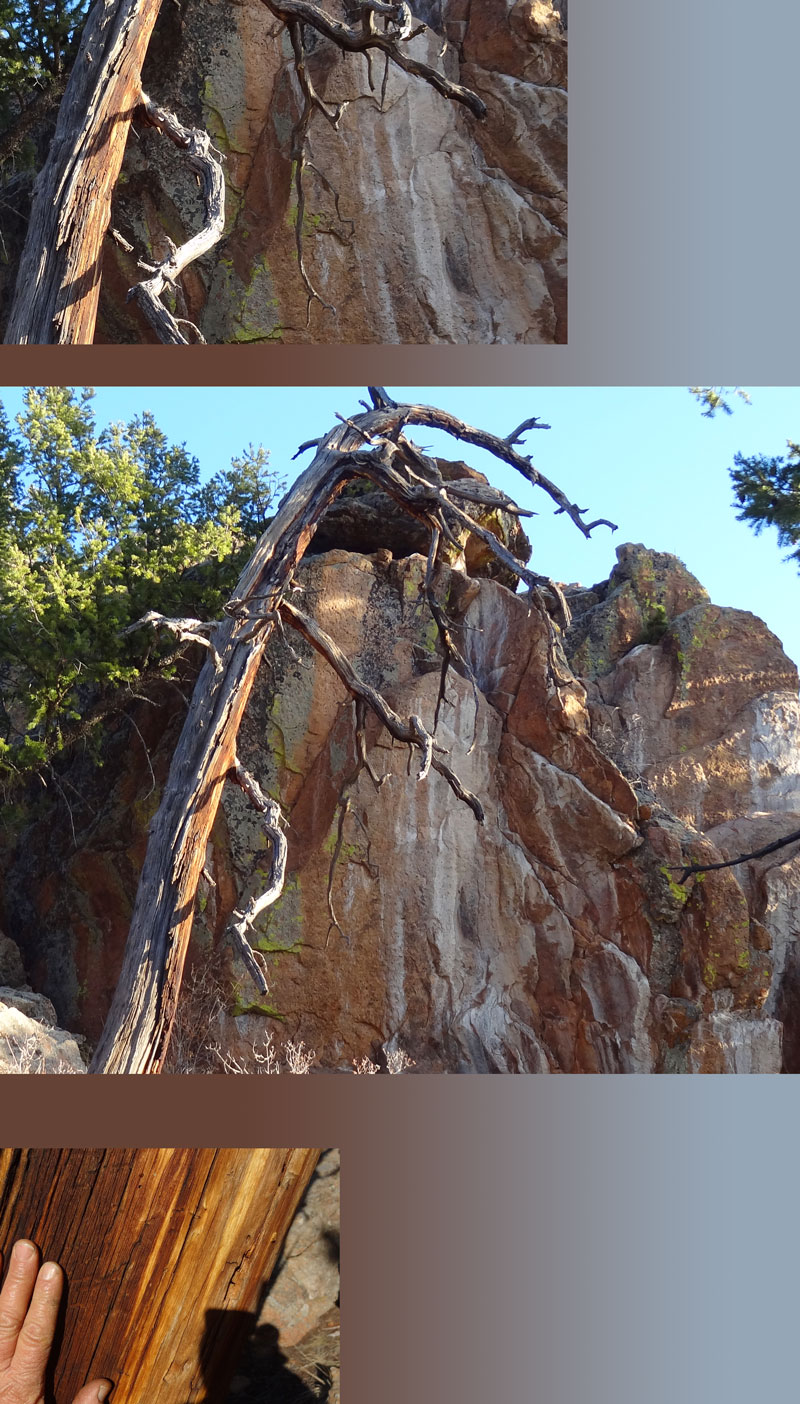 Coyotes yipped down below in the first hour after sunrise. The dogs became still and listened to them: 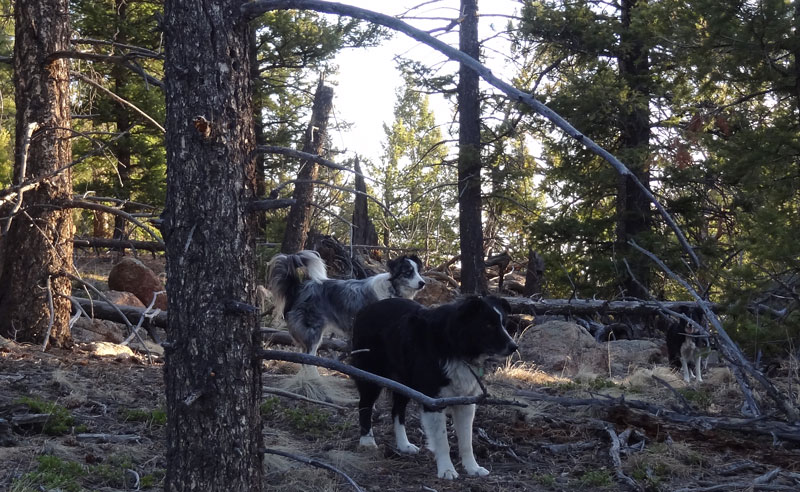 This time of year I alternate between working on my garden and taking backpack trips. One of these days I need to force myself to clean up the inside of the house - maybe after my next backpack trip.

The shoe that fits one person pinches another; there is no recipe for living that suits all cases.
- Carl Jung

Never be bullied into silence. Never allow yourself to be made a victim. Accept no one's definition of your life; define yourself.
- Harvey Fierstein

People living deeply have no fear of death.
Anais Nin

Climb the mountains and get their good tidings.
- John Muir