I had a good Christmas holiday, with Amy and Alyssa at my home Christmas Eve. I got them some nice gifts, but didn't overdo it this year, since all of us have way too much stuff. (especially me). They got me a bird house mounted on an iron pole, which will be perfect in my new garden this spring.

Amy and I went to see a movie after Alyssa left, then down to see the City and County Building lights, which seemed to be especially pretty this year. There was plenty of snow left from the storm the previous week, which of course meant I had to start a snowball fight, and then run to avoid Amy's payback throws. 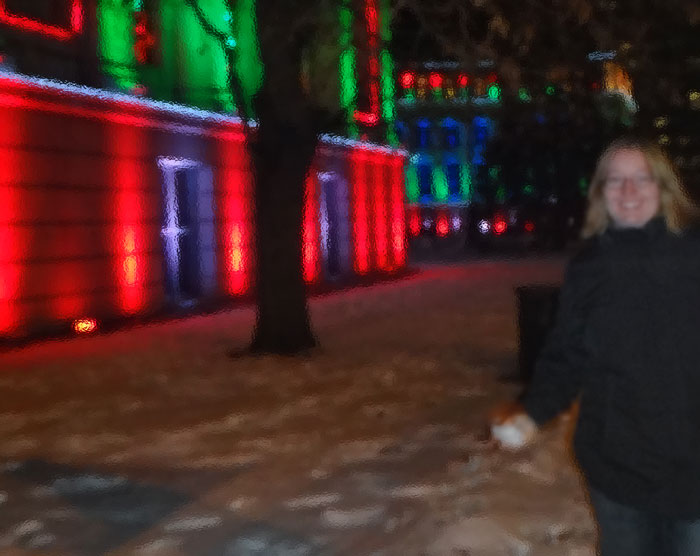 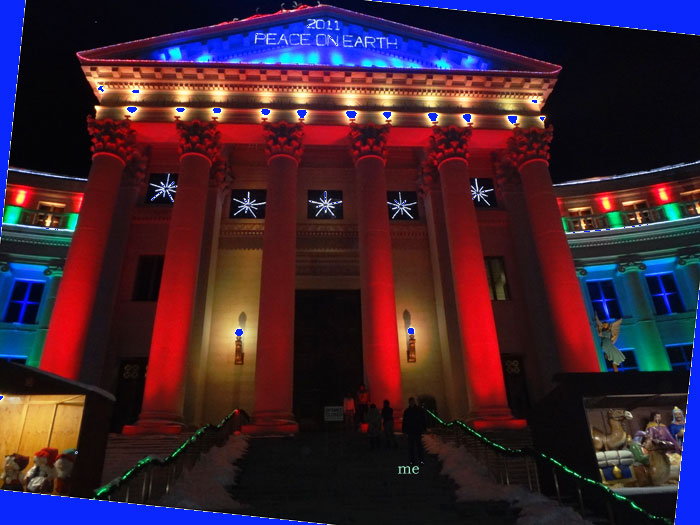 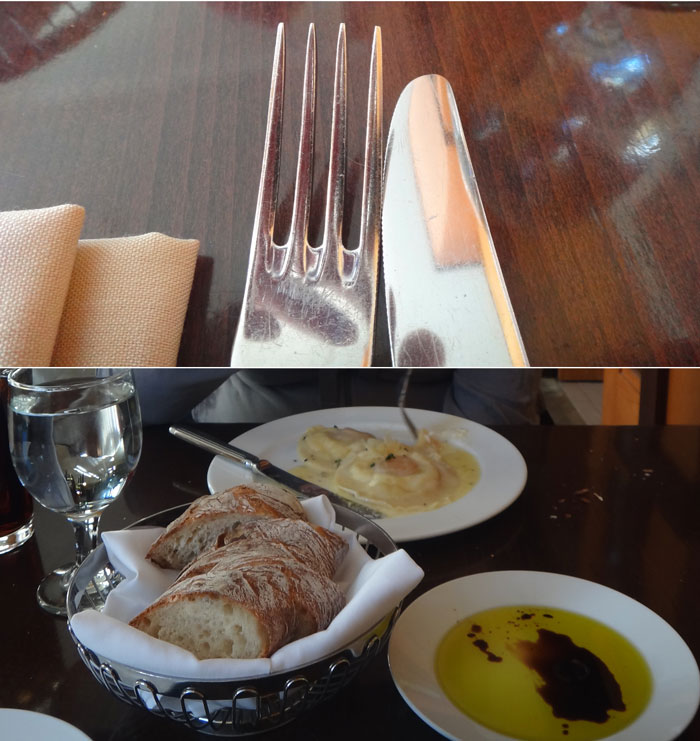 I made it up to her the next week when I helped work on her house, and we went out to eat a couple of times.

I started out 2012 with a backpack trip on Sunday night, January 8th. The moon was full and rose a half hour before dark. I travelled over the snow without a headlamp, with the dogs out exploring in front. I was able to take a photo with just the light of the moon: 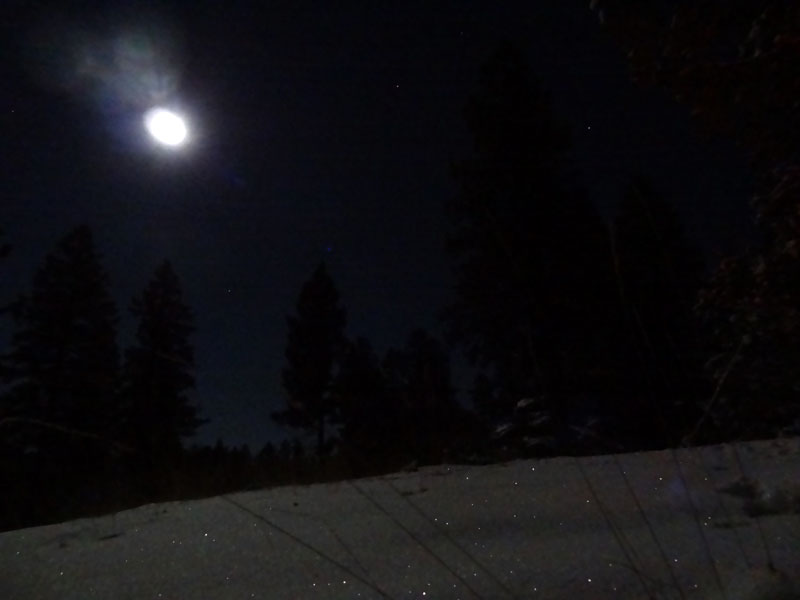 It was clear and cold, down to 15 degrees overnight. The kind of night that campfires were made for. 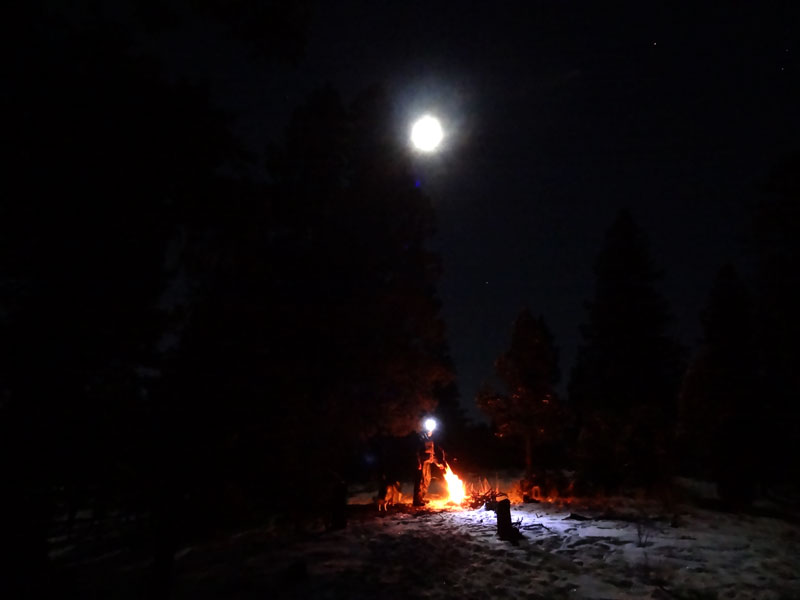 A good way to get confidence in your gear is to try it out on nights like that. My winter sleeping bag kept me cozy warm, and the fleece vests I put on the dogs kept them comfortable. The night went by quickly. I was woken in the morning by some crows calling in the Ponderosa above camp - checking us out. First order of business was to get that campfire going again, before the cold sunk in. 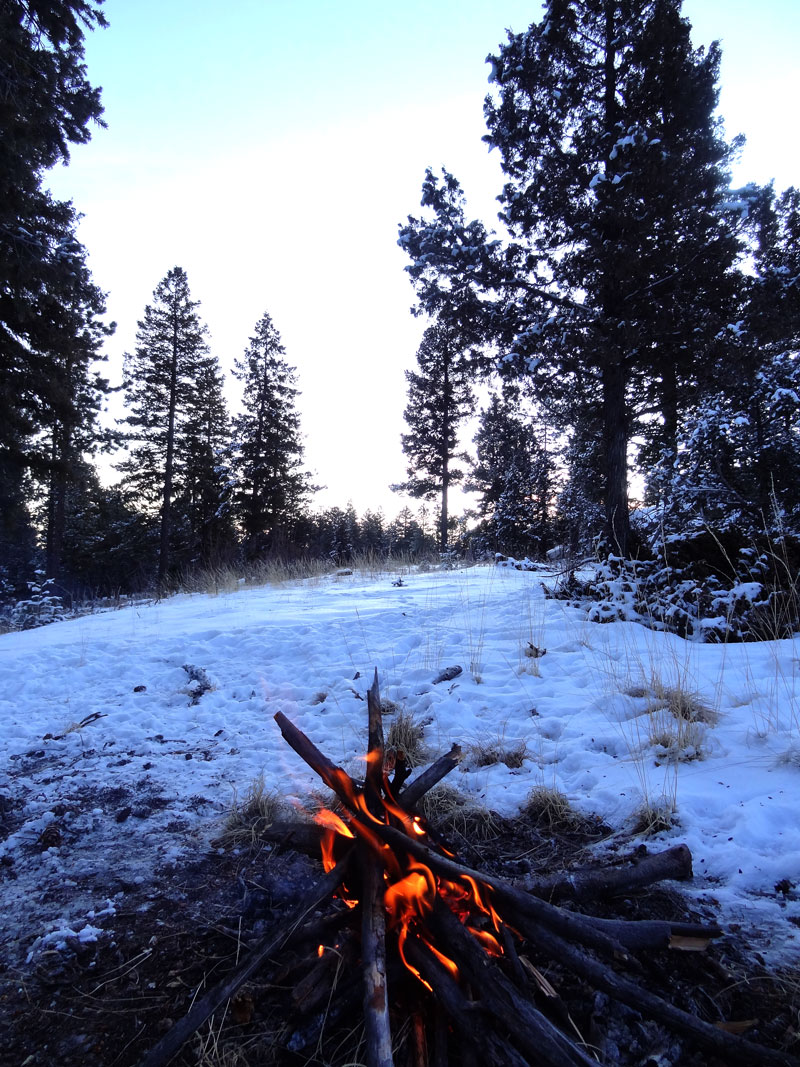 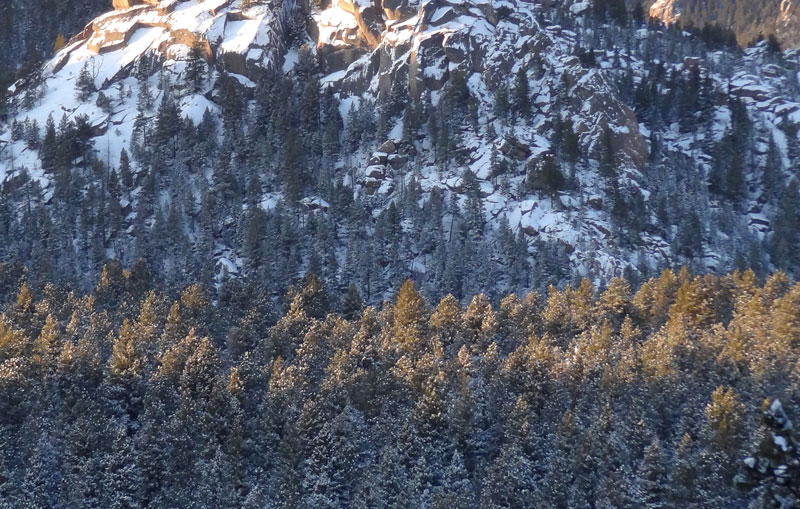 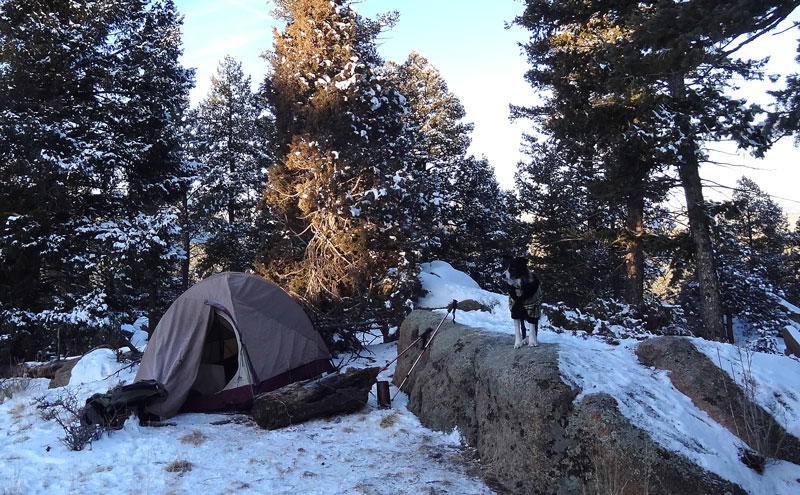 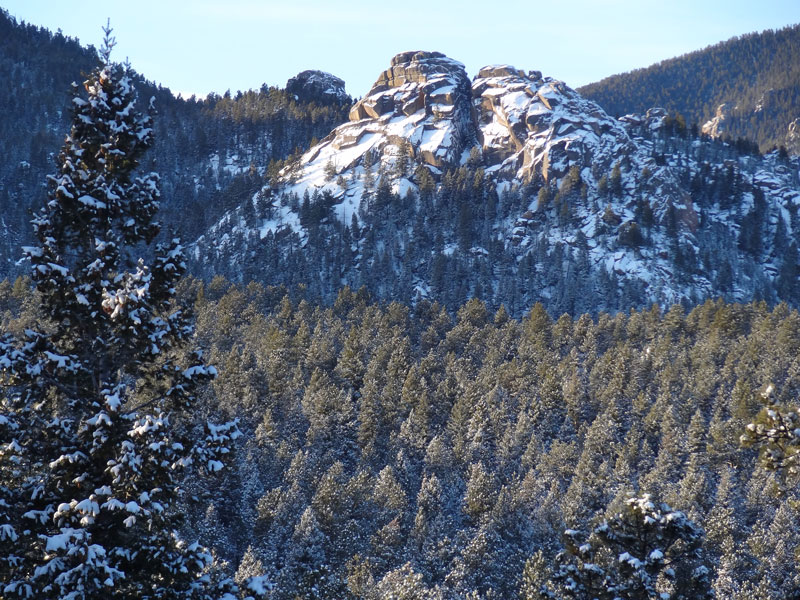 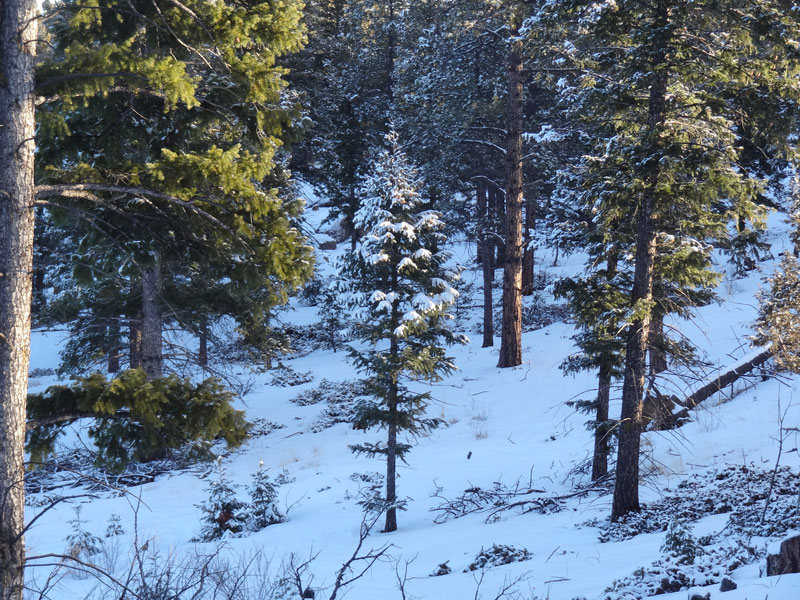 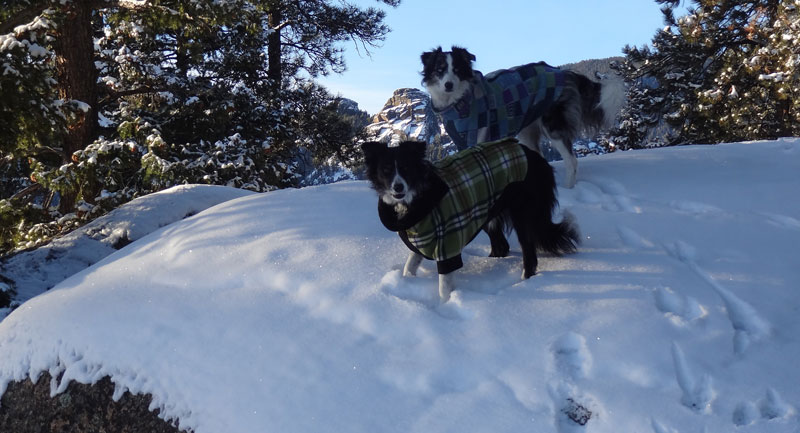 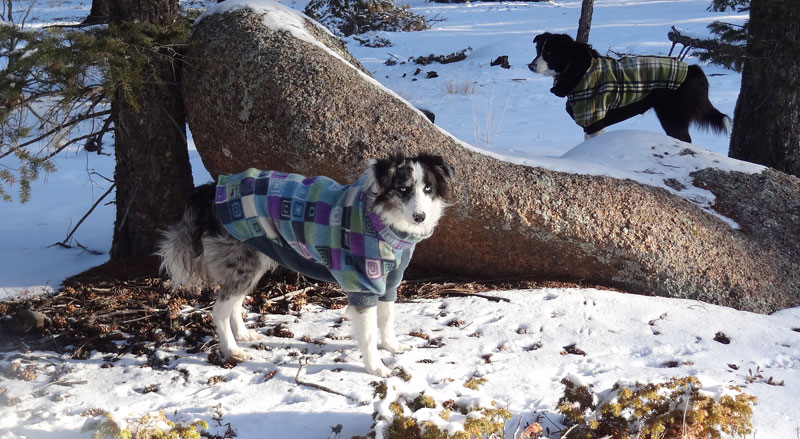 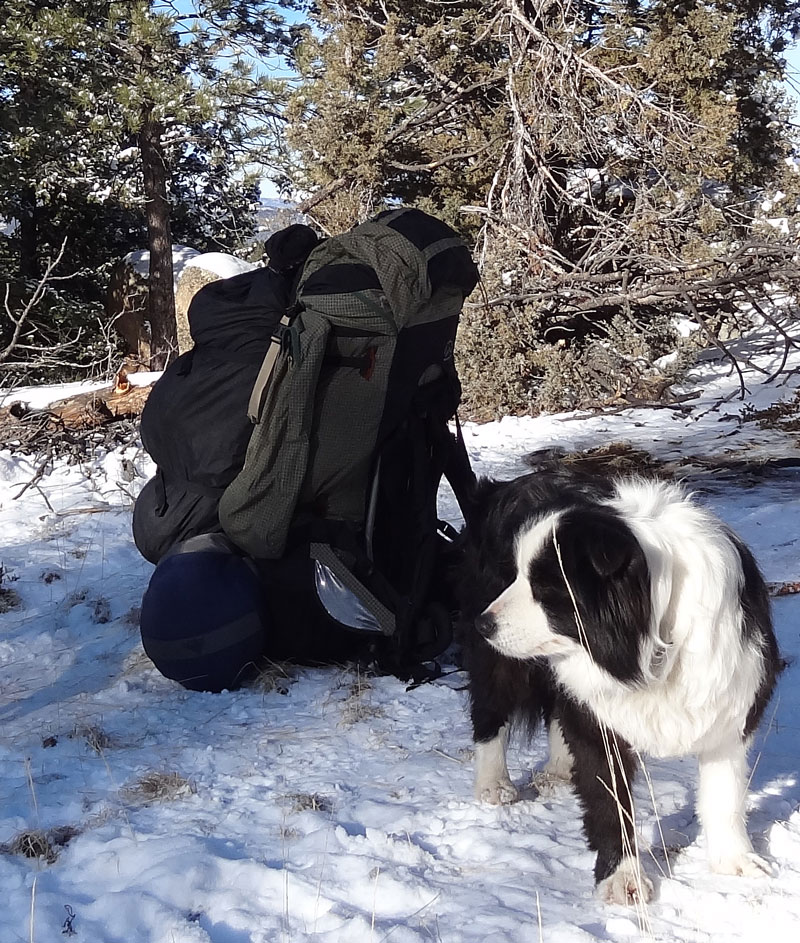 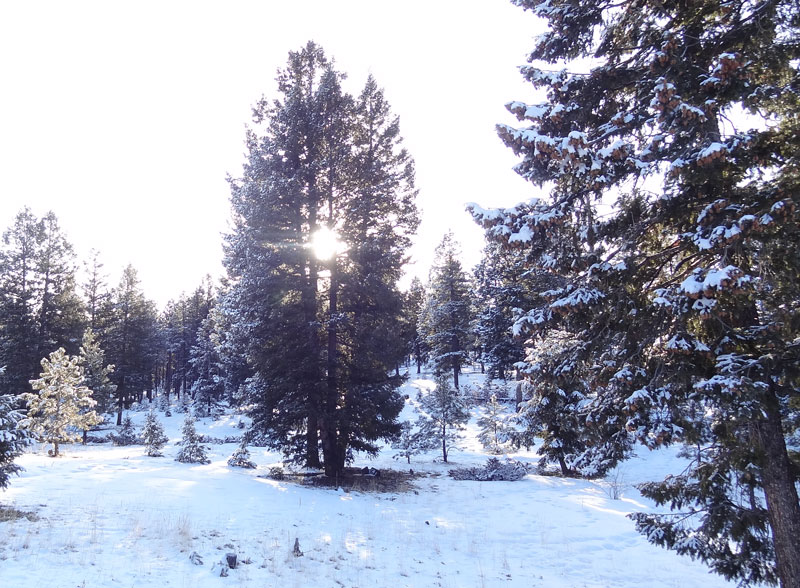 There is a privacy about it which no other season gives you.... In spring, summer and fall people sort of have an open season on each other; only in the winter, in the country, can you have longer, quiet stretches when you can savor belonging to yourself.

Every mile is two in winter.

In the depth of winter I finally learned that within me there lay an invincible summer.