The number of fish over the reefs in Bunaken was amazing. A couple of times I saw schools of at least 25 Moorish Idol fish, the one pictured below. (I counted them). The most fish were at the Lekuan dive sites, on the southwest part of Bunaken. Apparently the reason for so many fish has to do with the gyro and counter currents at Bunaken, which trap fish larvae. I encountered these currents myself. One morning after being dropped off by the dive boat I ran into a very strong northward current at the edge of the reef. There was no way I could swim against it even with my long free-diving fins, so just drifted, knowing the dive boat would find me later by the yellow buoy I was towing. After 10 minutes or so the current just stopped, and I was stationary in the water. I was happy with this, since now I could swim around and take some photos. A couple of minutes later though the current started up again, but in the opposite direction! One another morning I was caught up in a gyro current, which I explained on my 9/09 journal entry. 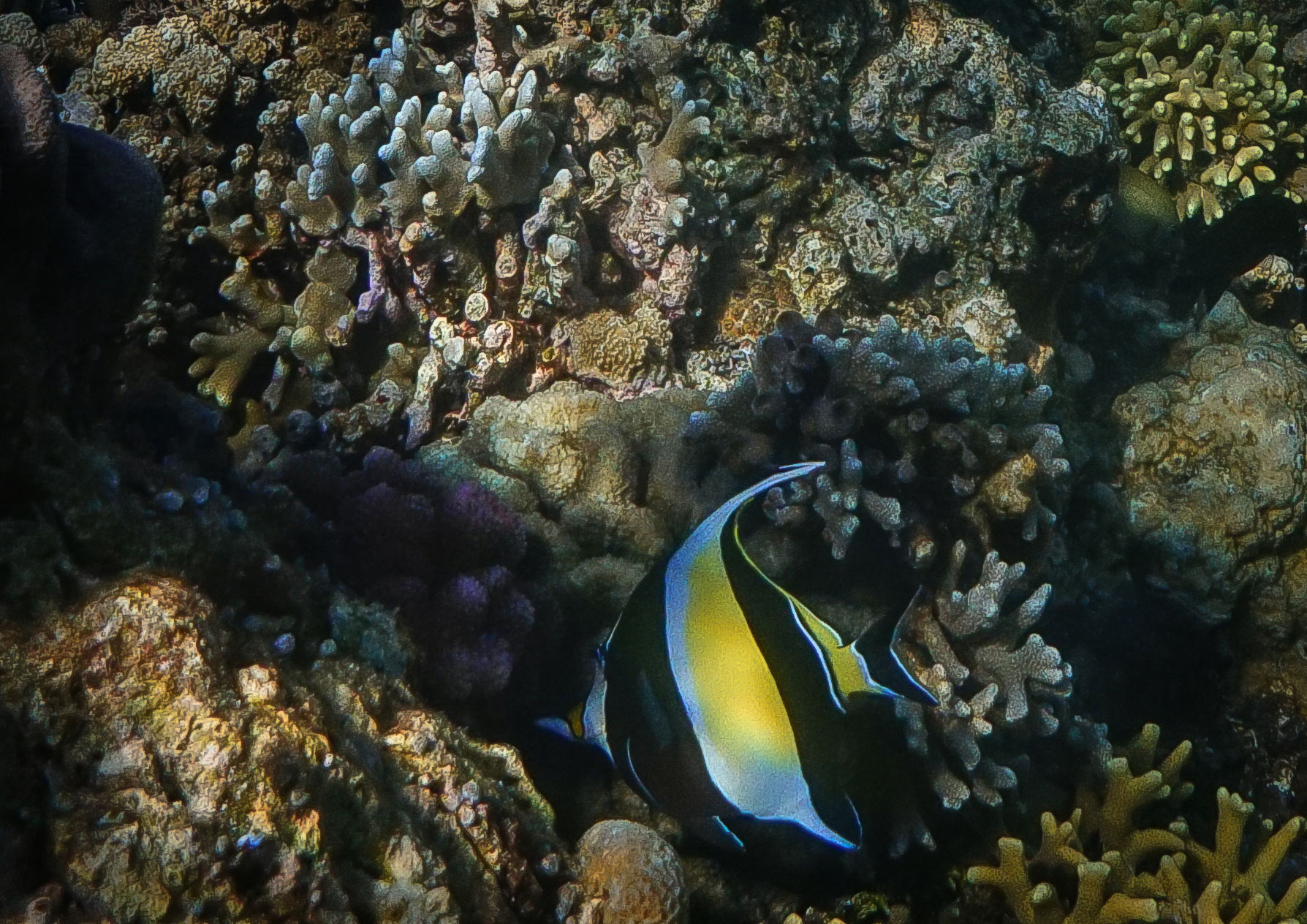 I rarely saw solitary Moorish Idols. Most of the time they were in pairs or in schools. They are one of the most beautiful and graceful fish on the reef. I have read they are very hard to keep in salt water aquaria. They require a 200 pound tank for pairs, and a lot of healthy coral and sponges in the tank. 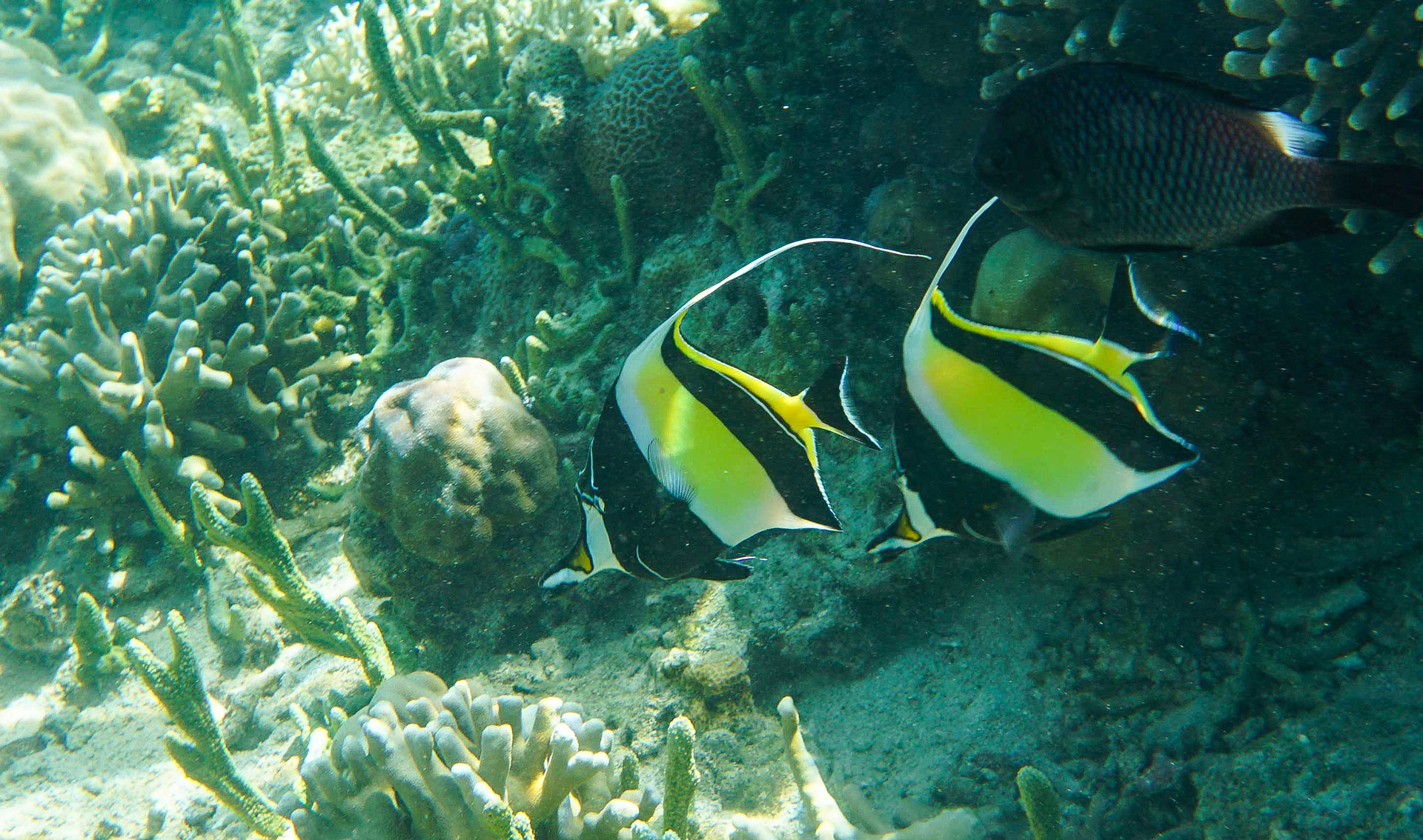 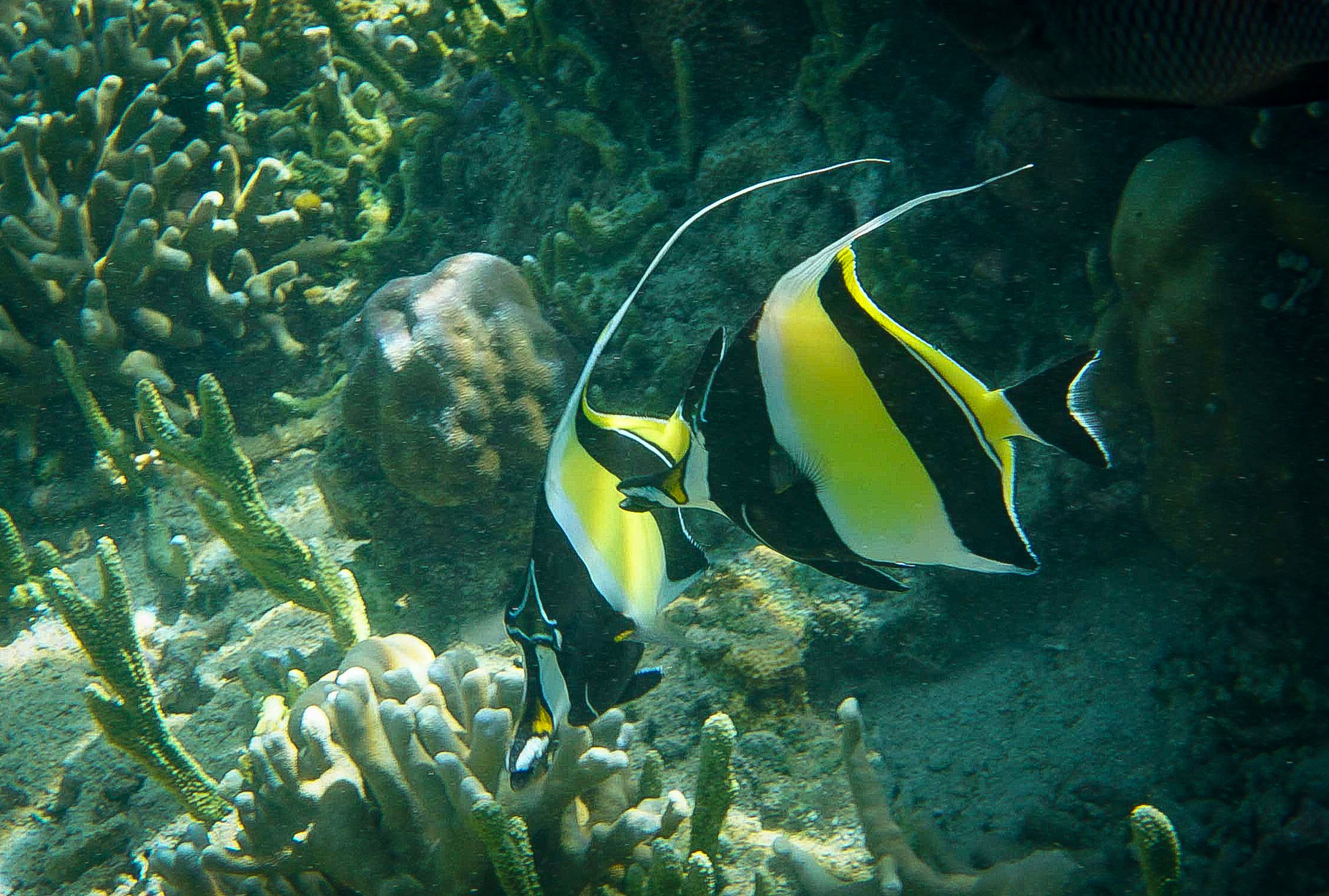 I saw many clams in Bunaken, in shades of brown, violet, and blue: 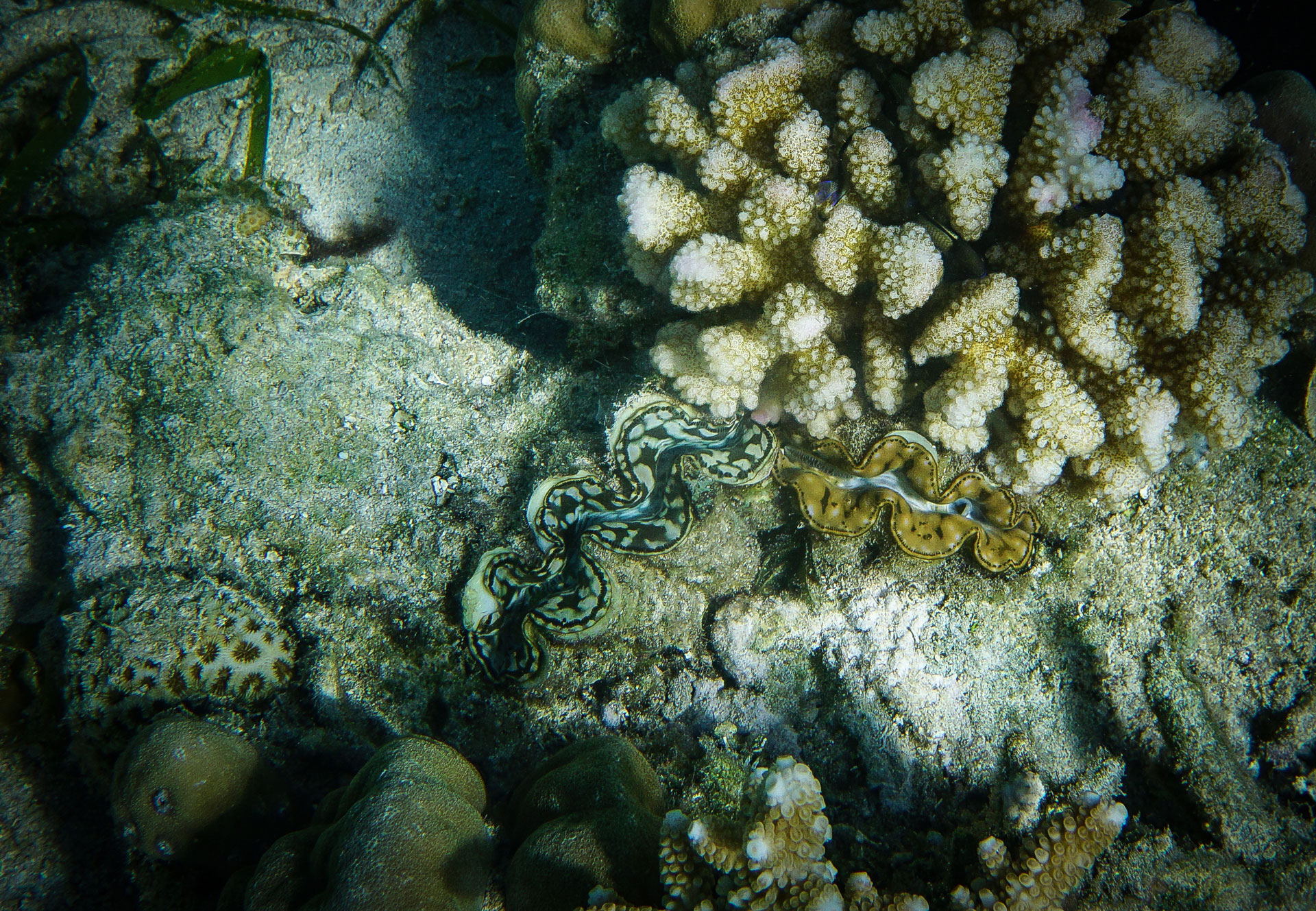 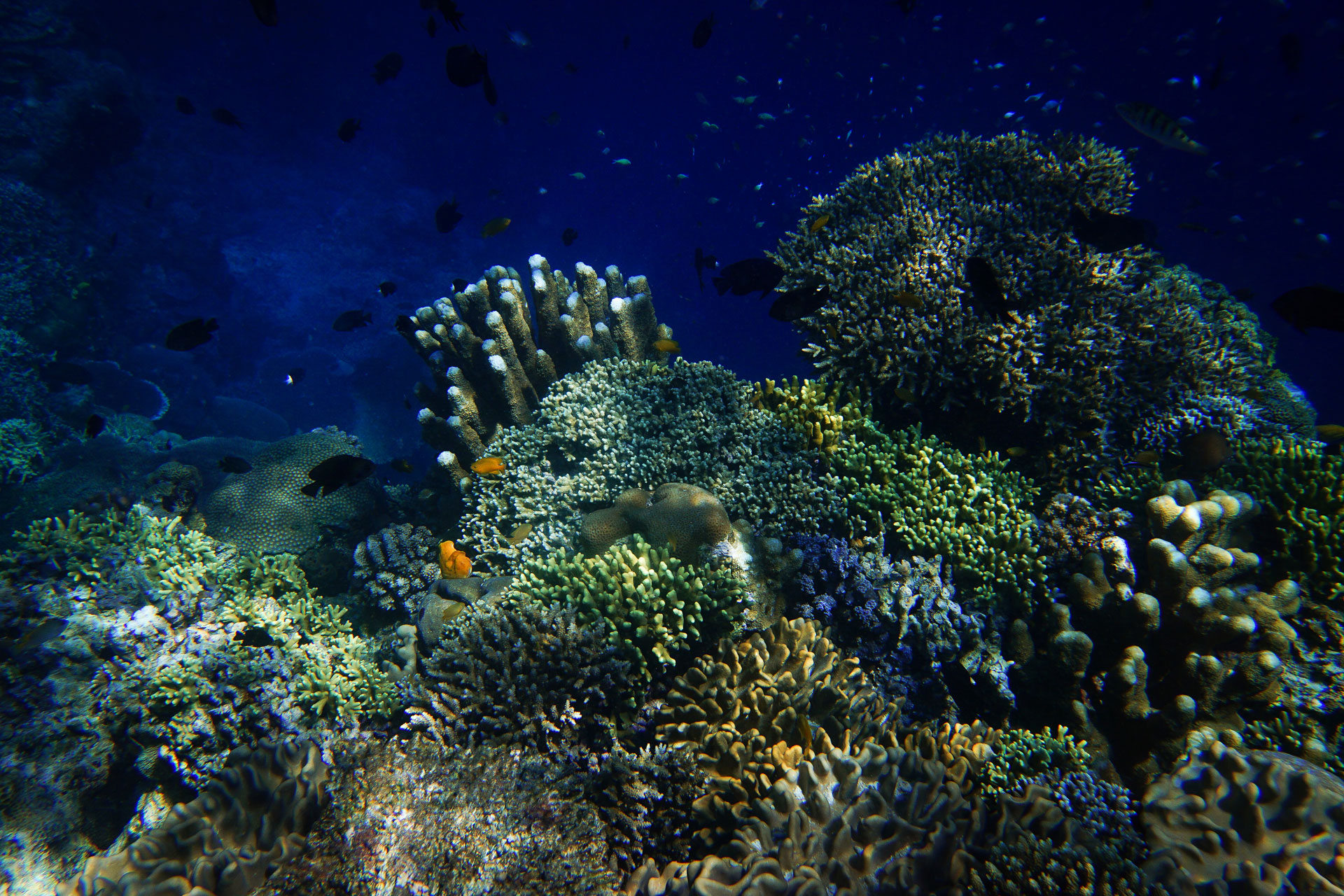