On our last backpack trip little Hayley found a deer leg, and carried it with her for quite a ways, because Ben wanted it. Finally she buried it next to a rock, pushing dirt over it with her nose until nothing of the deer leg or hoof were visible. Ben stayed out of sight while Hayley was burying the leg, and then immediately dug it up when she left. The deer leg became his property now, for Hayley to want. 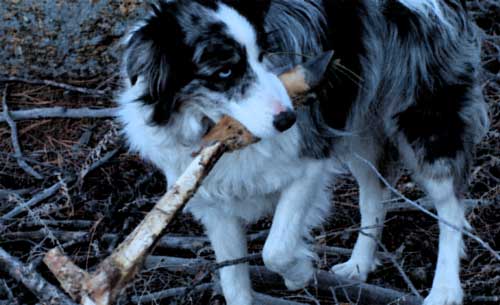 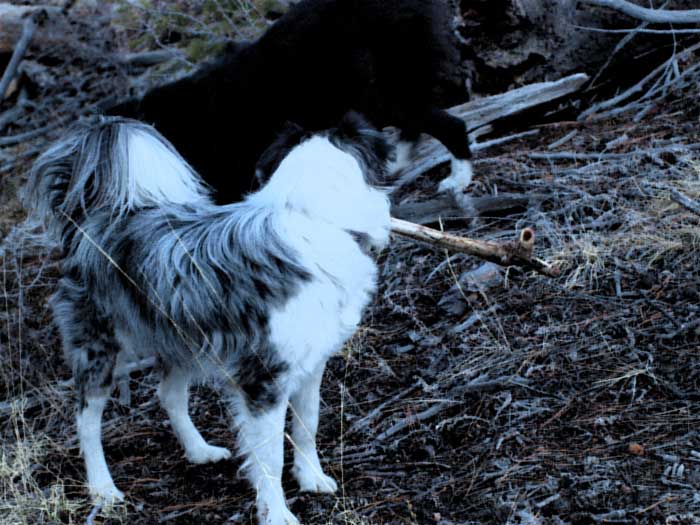 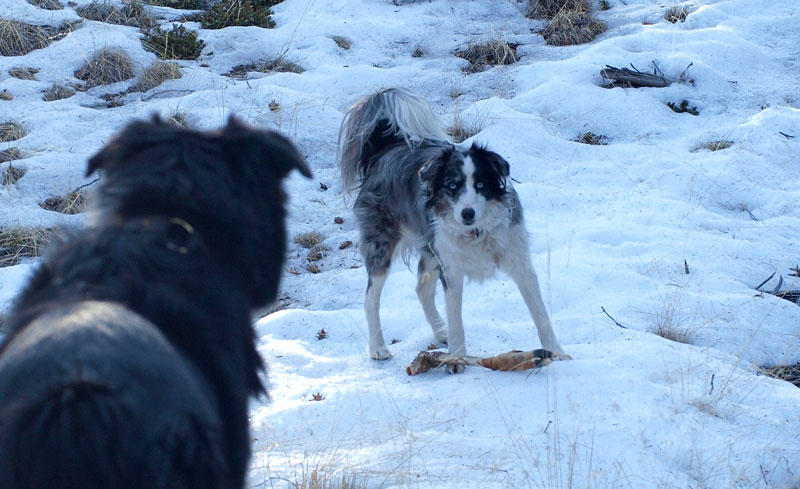 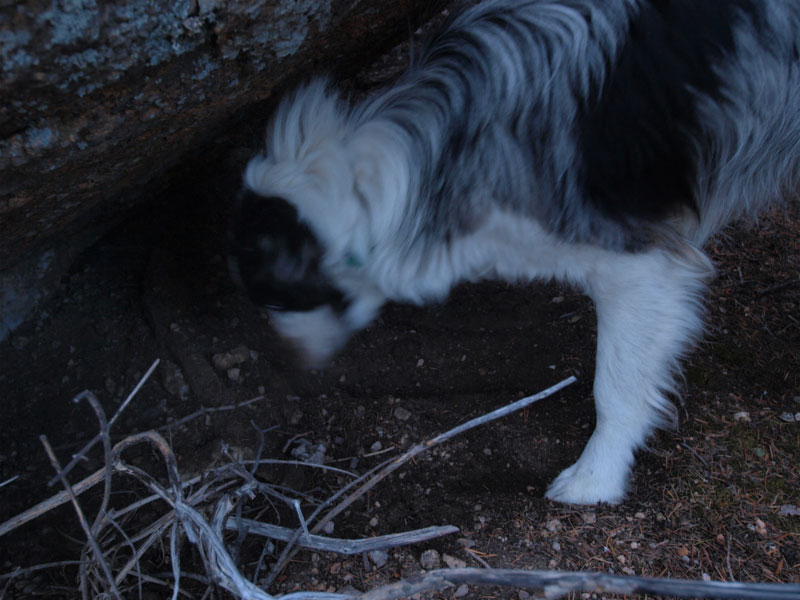 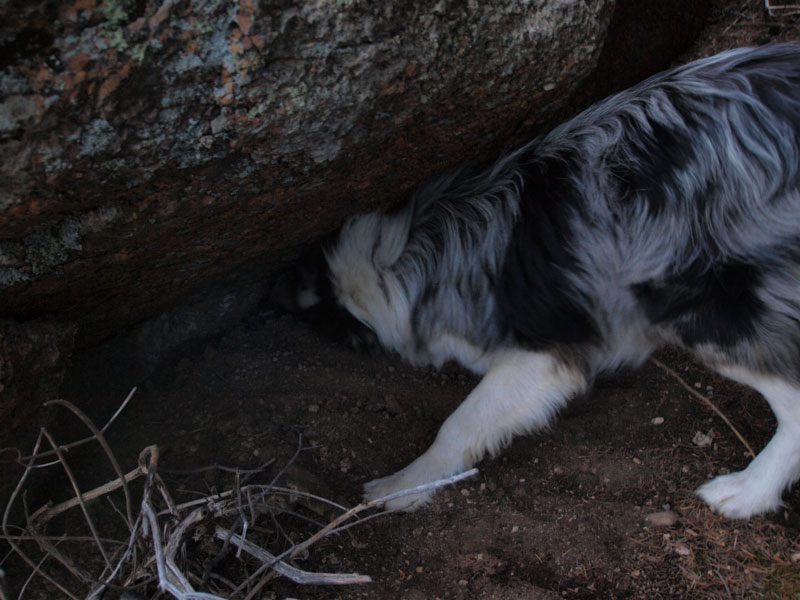 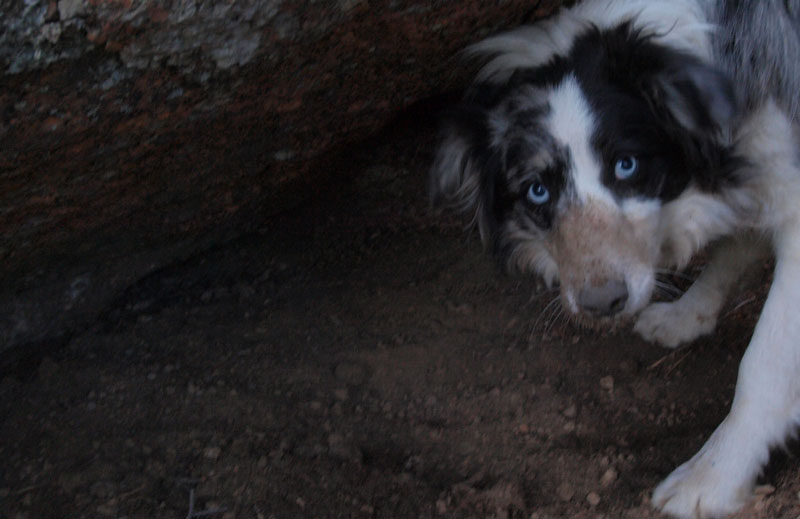 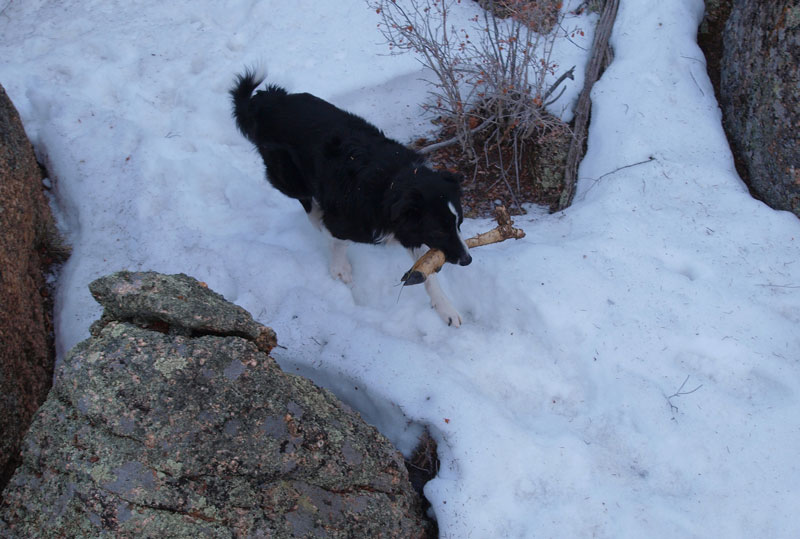 We hiked off trail a couple of miles this time, and camped in a grove of widely spaced Ponderosa Pines. It was a new area for me. After setting up the tent the dogs and I wandered around exploring and getting familiar with the surrounding landscape. A new campsite always feels a little strange until we look around some.

What we found is that just south of camp there was a nice rock outcropping which was a good higher ground,where we could watch sunrise and sunset from.

The shadows in the vast forests around our tent seemed a little mysterious as night approached, since undoubtedly in this new spot there was plenty of wildlife (lions/bears) that could check us out under cover of darkness

The skies were clear and the stars were bright early in the evening. Jupiter and Venus appeared right next to each other. Above them was Orion's belt. Following the direction of the belt over to the right I could see the small Pleiade's start cluster.

I sat next to the campfire with my headlamp off. The dogs were nearby, looking out in the darkness, and along with me reaping the reward of quiet and mystery that we gain from being out in the wilderness alone. 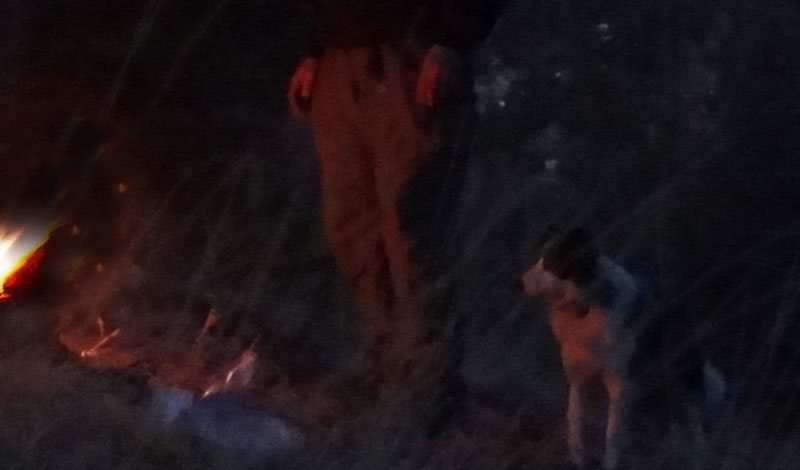 The moon came up around 10pm. By Four AM it was overhead. The weather was mild enough that instead of staying in the cozy warmth of my sleeping bag, me and the dogs got up and explored our ridge by moonlight. 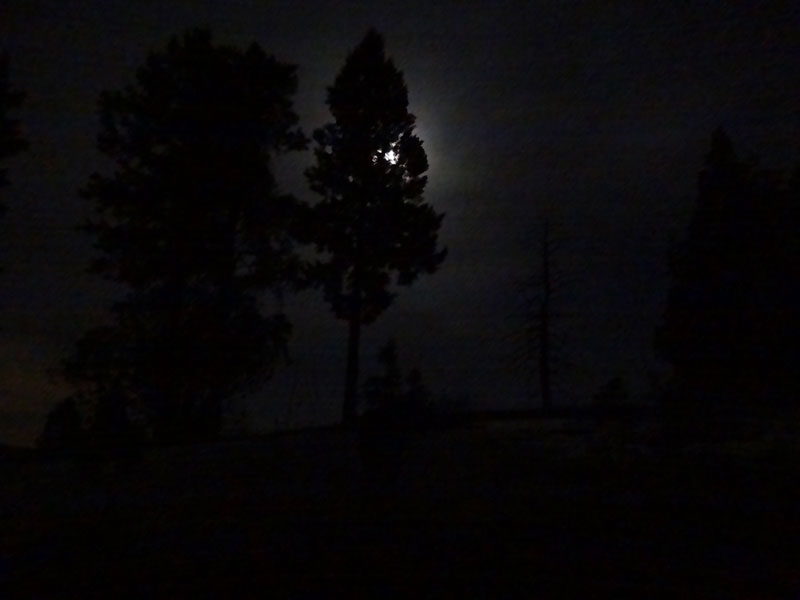