Last night the weather was mild, we had a half waxing moon, and me and the dogs hiked uphill, off trail. The moon was bright enough on the snow that I never turned on my headlamp until we reached our camping spot at 9pm.

My pack felt fine. The snow was soft, without the ice crust that made me slip on the steep slopes last time out. The only thing I had to watch out for were branches in the shade of the moon that would poke me in the face. Once I was swinging up over a boulder and a stiff branch hit the top of my pack, almost sending me on a backwards fall.

My border collies know this place well - we backpack there every winter. It is a 8500 foot mesa, bordered on the east by huge rock formations, the south and north by steep slopes, and on the west by a hard climb up another ridge. I have never seen anyone up there except the friend I took with us one spring.

A precarious climb along a thin edge takes you to a gorgeous view over the valley. Mollie went out there first, followed by old Ben. Hayley and Maggie didn't go out this year. Maggie is old and has stamina for hiking, but just can't jump much anymore. (I often have to help her into the truck). I am sure Hayley could have made it, but she might have remembered how it scared her to death when she was still a puppy the first time I brought her up there, and couldn't get over that. 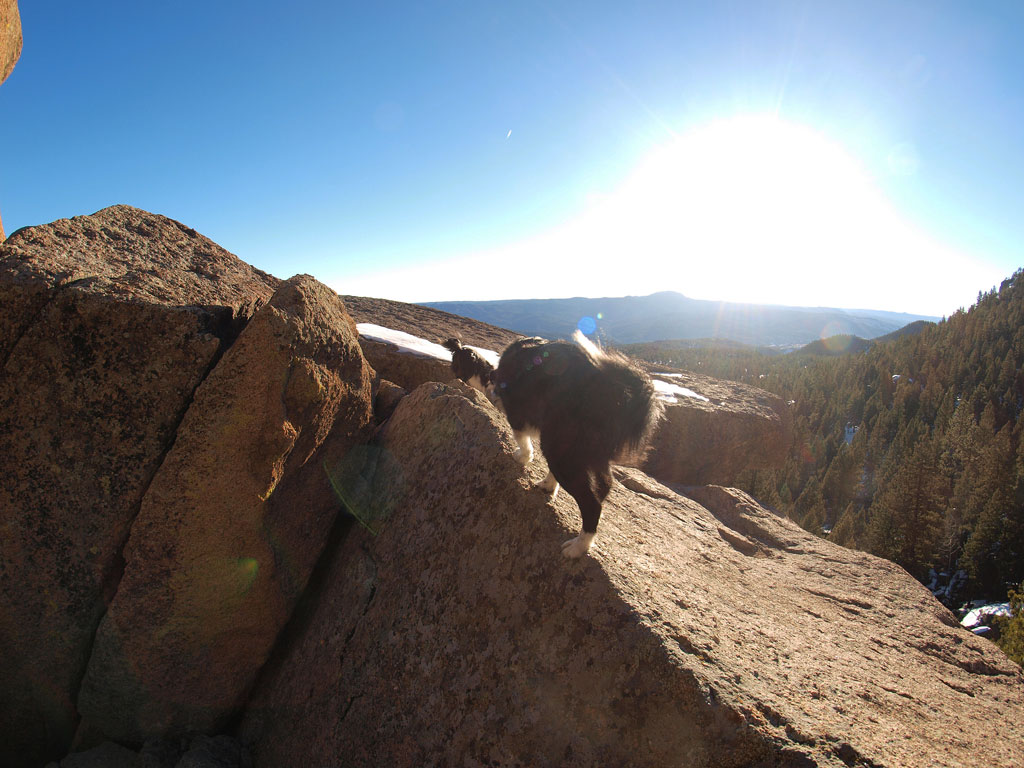 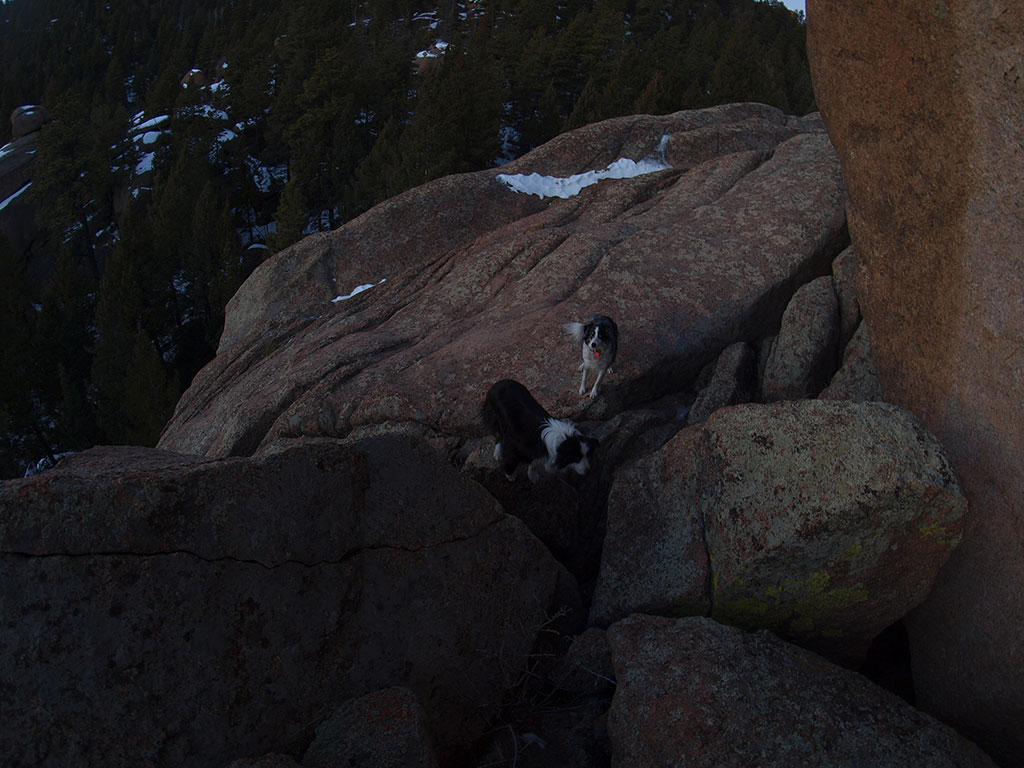 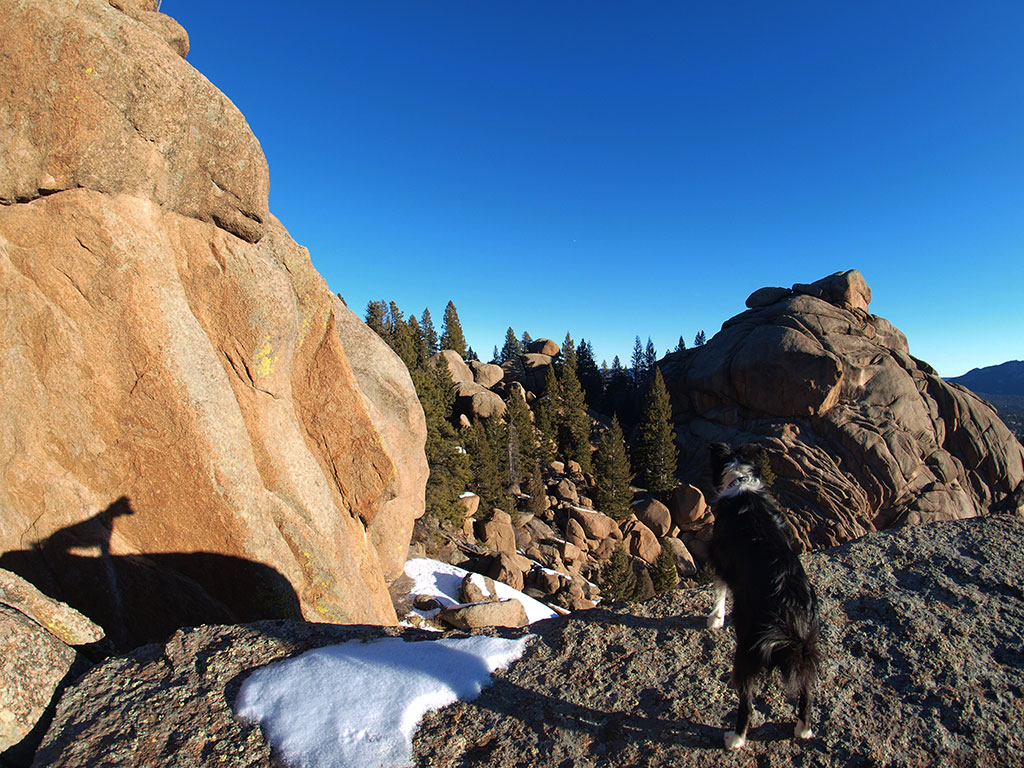 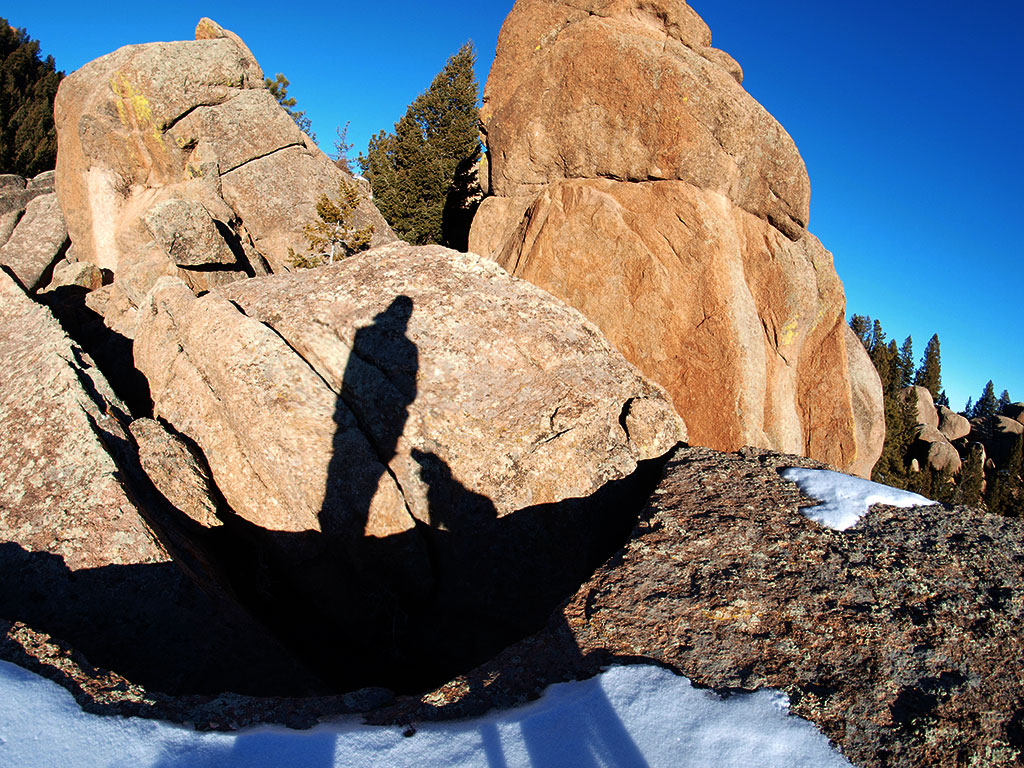 I have been up to the mesa enough that I know the route without map or gps. There is a house size rock with a level north edge just before I turn south into the flat area where I camp. I pause at the rock, and place my hand on it.

I have been doing the same thing for longer than I can remember, kneeling down and placing my palm on the flat surface of an exposed root near the old Cottonwood on the Greenbelt.

There is no question why I do it - to acknowledge home ground, the power of place.

I also open my hand and heart to the mystery of this world, and the divinity and spirits that watch over it. 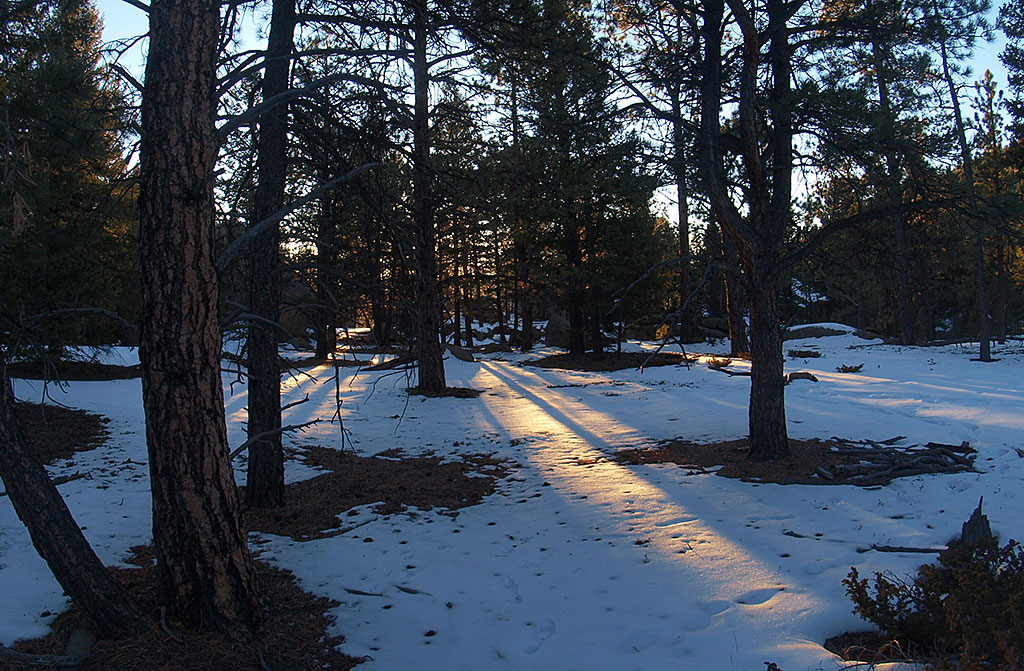 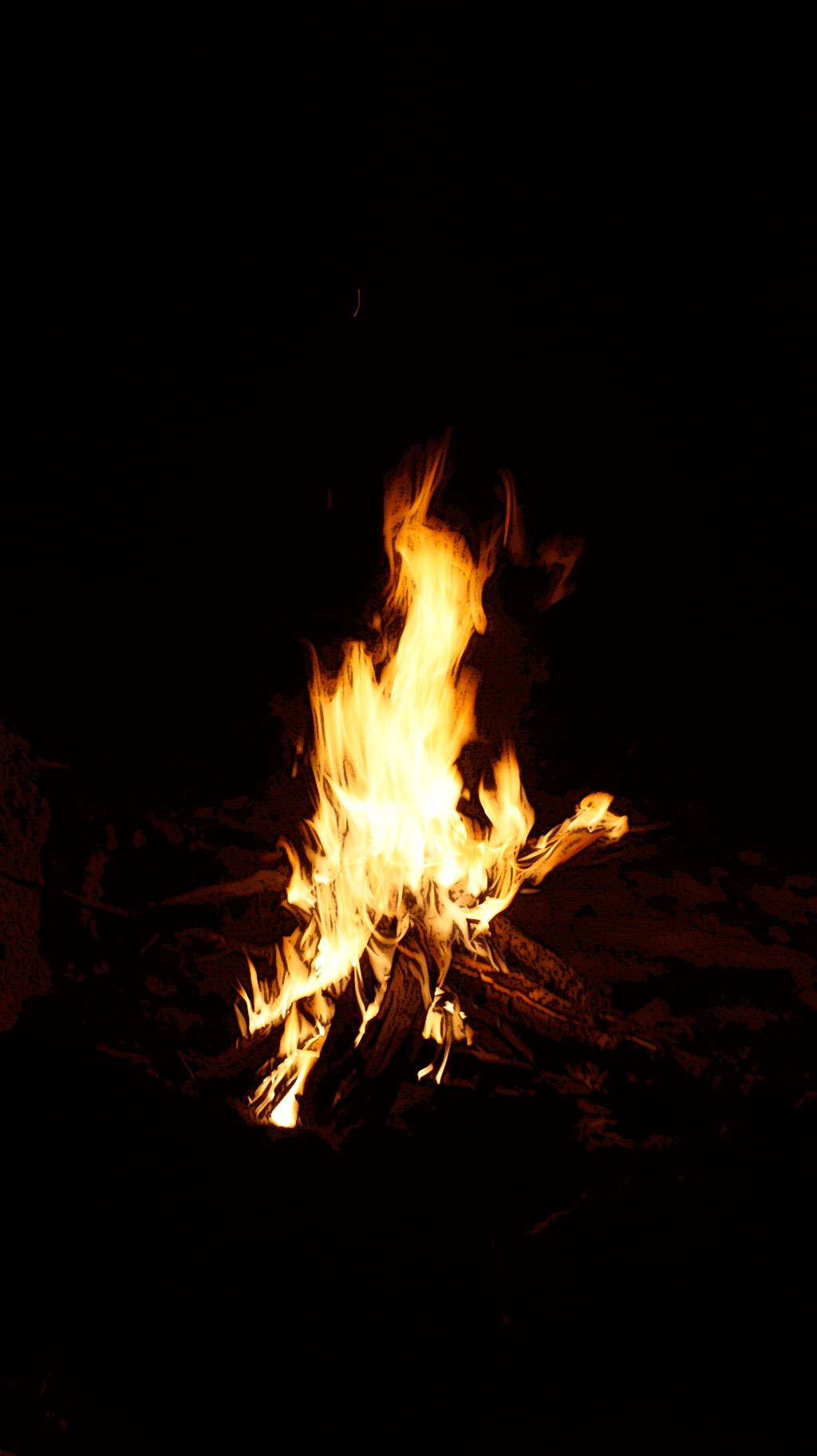 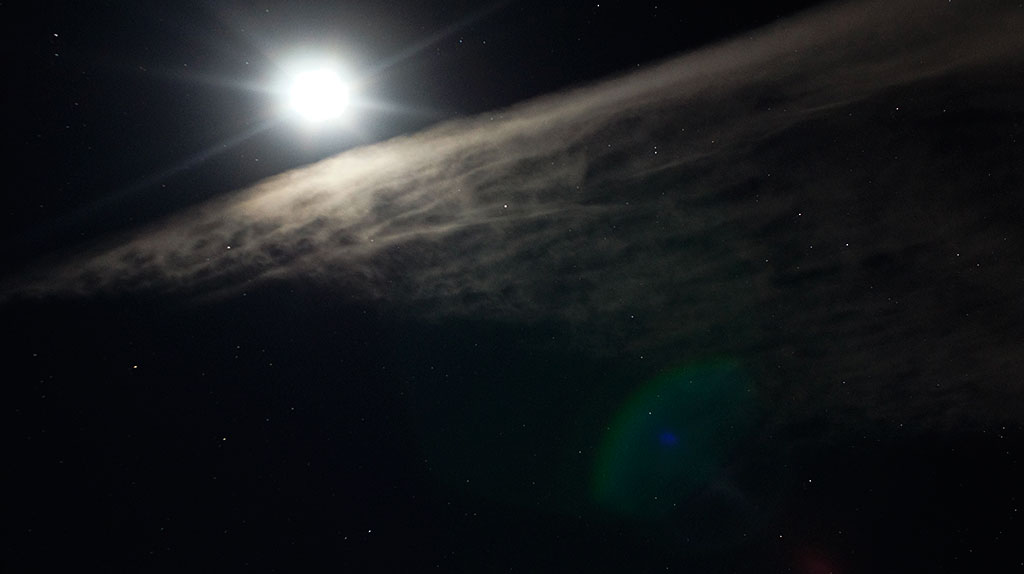