The dogs and I went out to Robbers Roost and San Rafael Swell in Utah for hiking in the new year. It was the coldest week of the winter, and I felt fortunate to see the canyon country with fresh snow and no people.

The Green River was actually green again this January, as it was last time I was here a year ago. It turns brown when runoff starts in the spring and with the rains of summer.

I thought about camping, but it takes a lot of energy to stay warm on nights that are in single digits, so the dogs and I stayed in Green River. Actually it was really nice to eat dinner in the motel room and relax after a long day hiking. (for all of us).

One of our destinations was a slot canyon south of Hanksville Utah. It truly was a slot - at one narrow section the dogs got through, but I couldn't squeeze through the opening - and was starting to feel a little claustrophobic. (it would not be good to get stuck in it, before a night that was going to be single digit cold). So I went back down, and scouted a couple of ways around the slot. One required me to traverse a steep sandstone ledge that was snow covered. When I saw Beau slide down even with his claws trying to catch a hold, I gave up the idea of that route. The other was trying to get up a 10 foot dry rock slope with loose sand - attempted it at least 5 times, but backed down each time, not wanting to slide off and get injured. Finally I gave up, disappointed, and headed back to the truck. About half way down I found a 15 foot dead tree in a wash bottom, partially buried in sand. I dug it out, carried it back up to the dry sandstone slope, and wedged its base in a rock crevice. With the tree as support I was up over the slope within a minute. Success!

On another day the dogs and I climbed off trail high into the San Rafael Swell, picking our route and enjoying the discovery of a new landscape (for us). I used my gps to backtrack down the maze of canyons and ridges we climbed in the morning - it would have been easy to get lost without it. Many times I saw Mollie up ahead going up the exact ledges we crossed earlier - probably following remnants of our scent?. She has a remarkable sense of location. Maybe she learned it from Ben as a puppy - He was just like her in knowing where he was.

I left for Utah three days before I was planning, to get over Vail Pass before a storm. The roads were dry on the way back also, so it was a good, safe trip. I always say a prayer of thanks to navigate the roads (I-70) and get home without any mishaps.

I sure do love the canyon country, especially in the winter without heat and rattlesnakes. There is a chance I might head out again before April.

“May your trails be crooked, winding, lonesome, dangerous, leading to the most amazing view. May your mountains rise into and above the clouds.” ― Edward Abbey 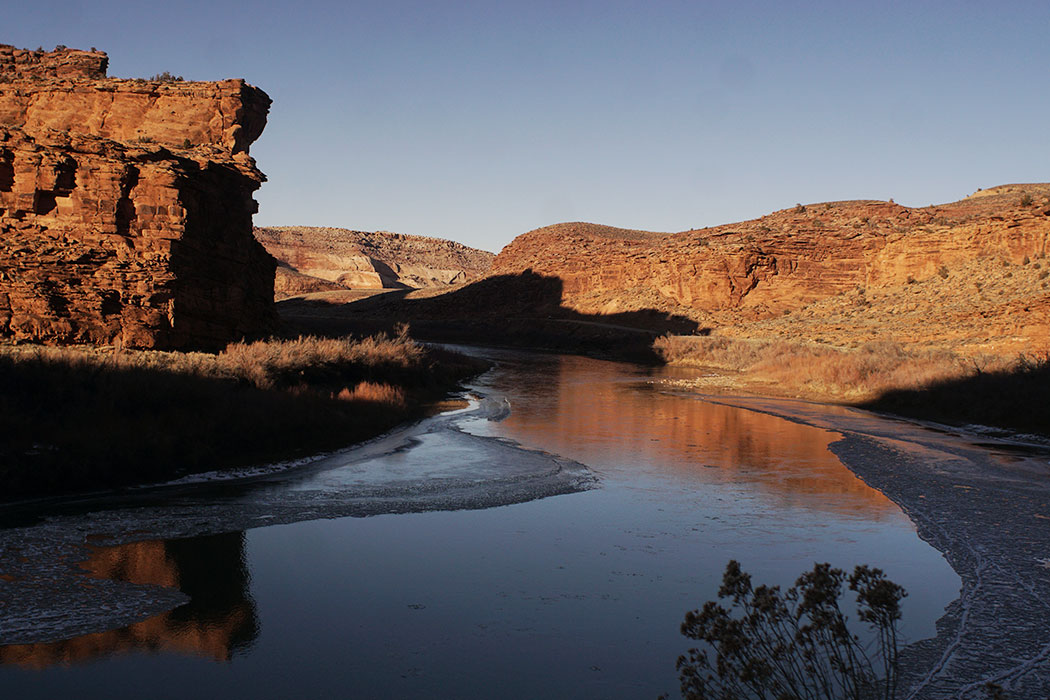 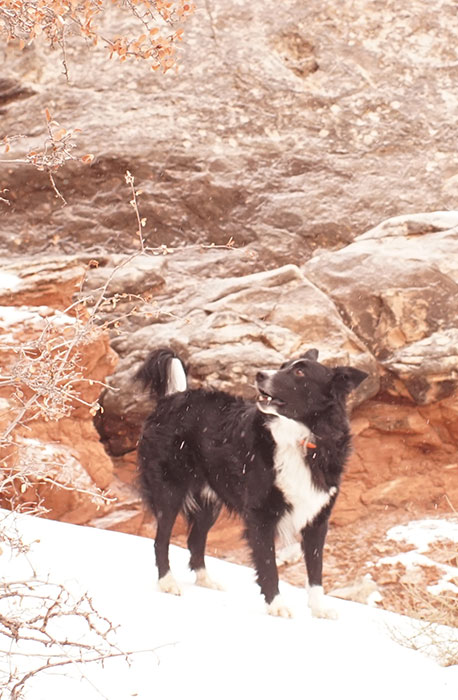 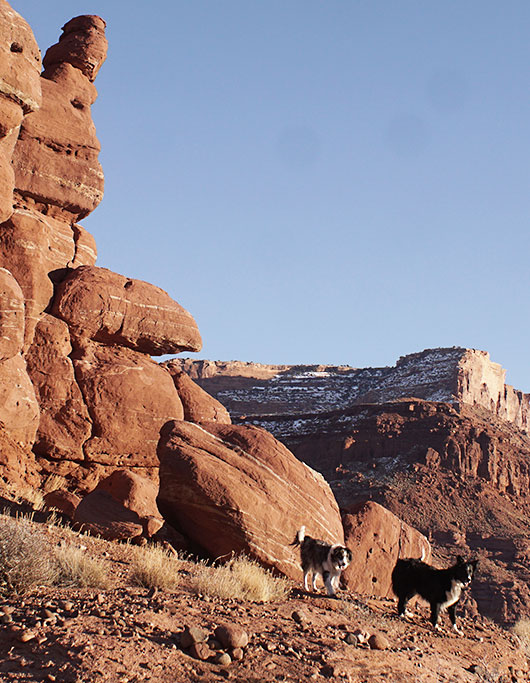 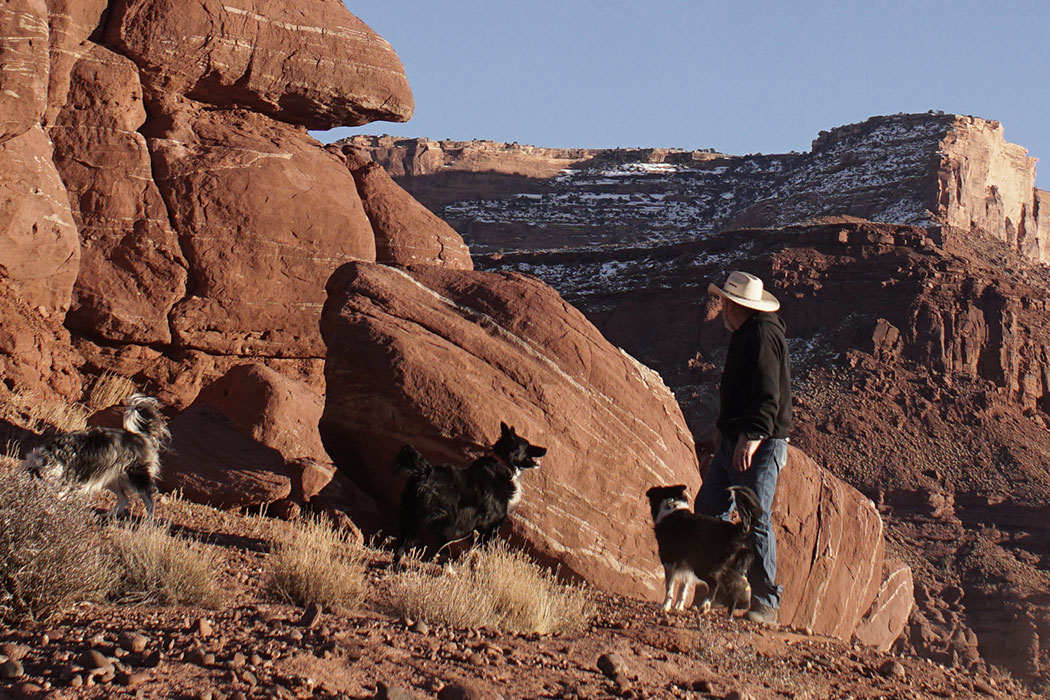 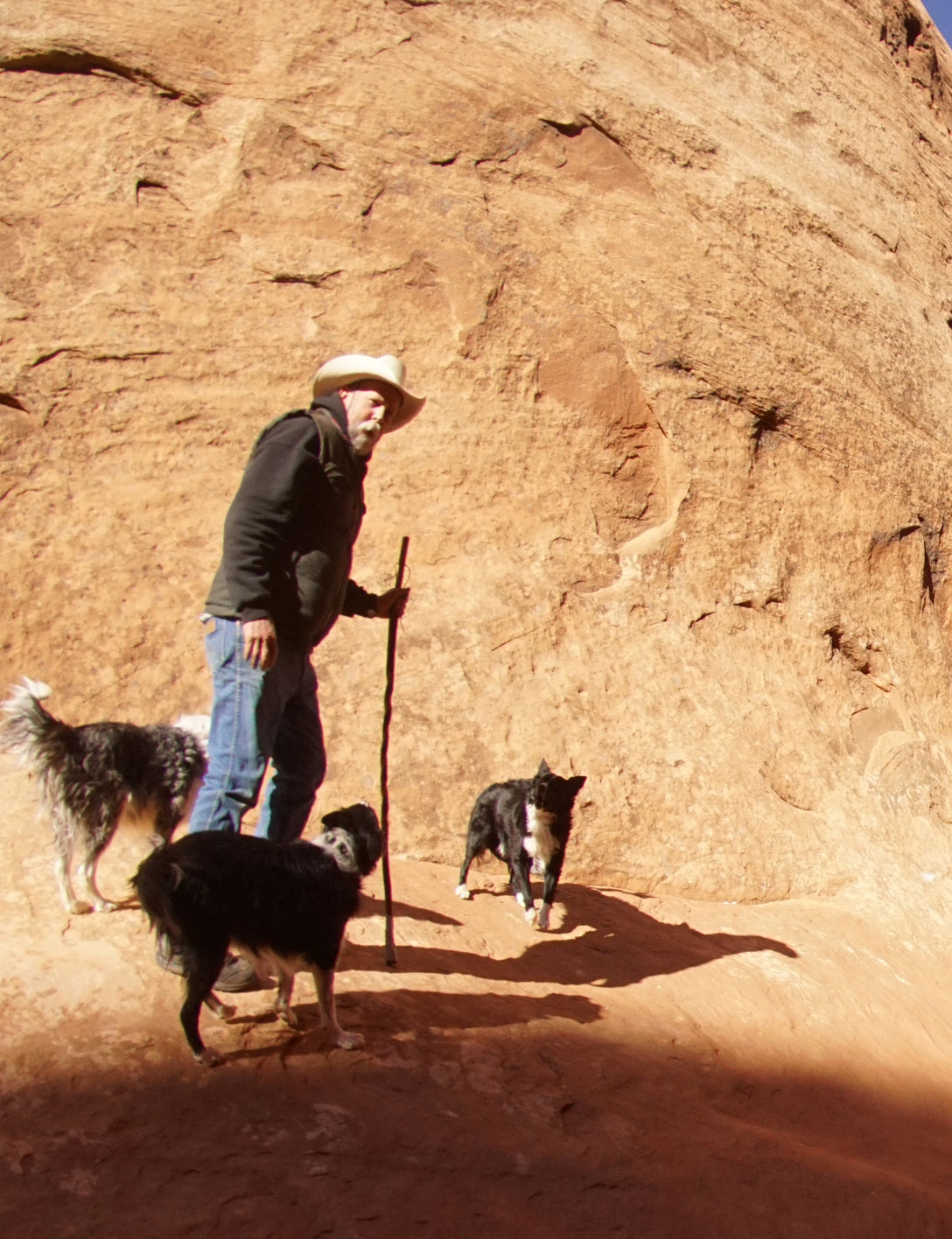 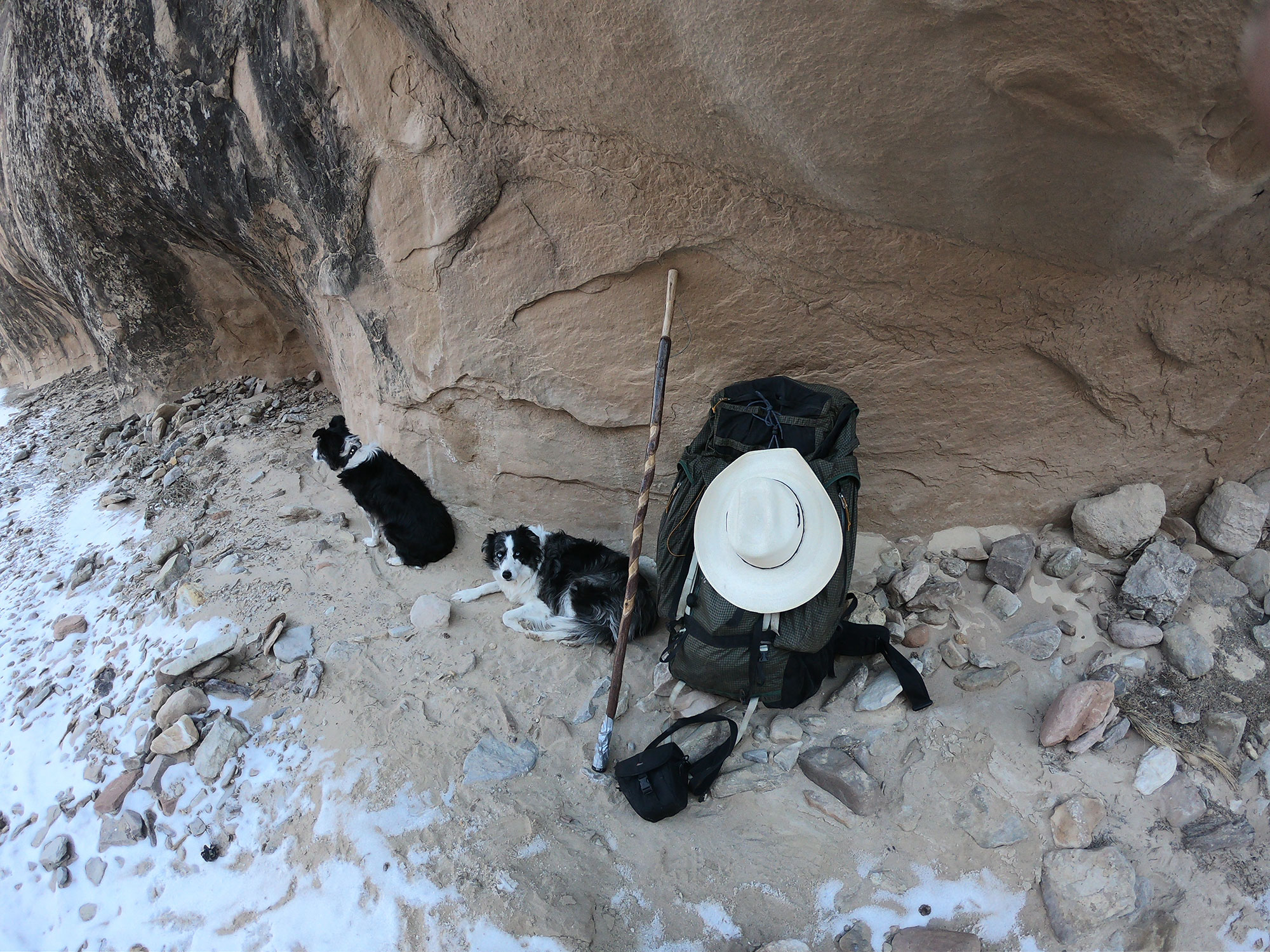 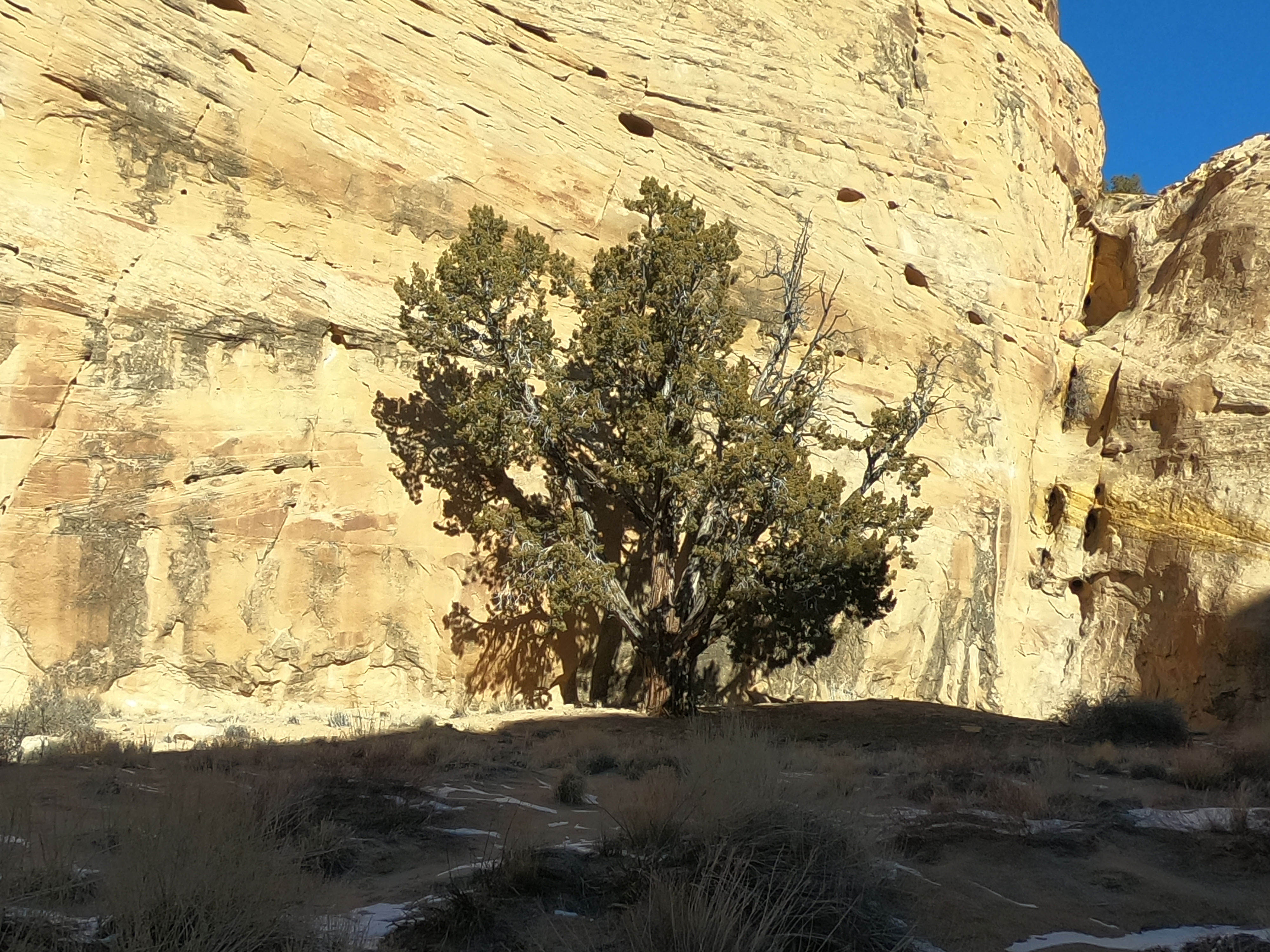 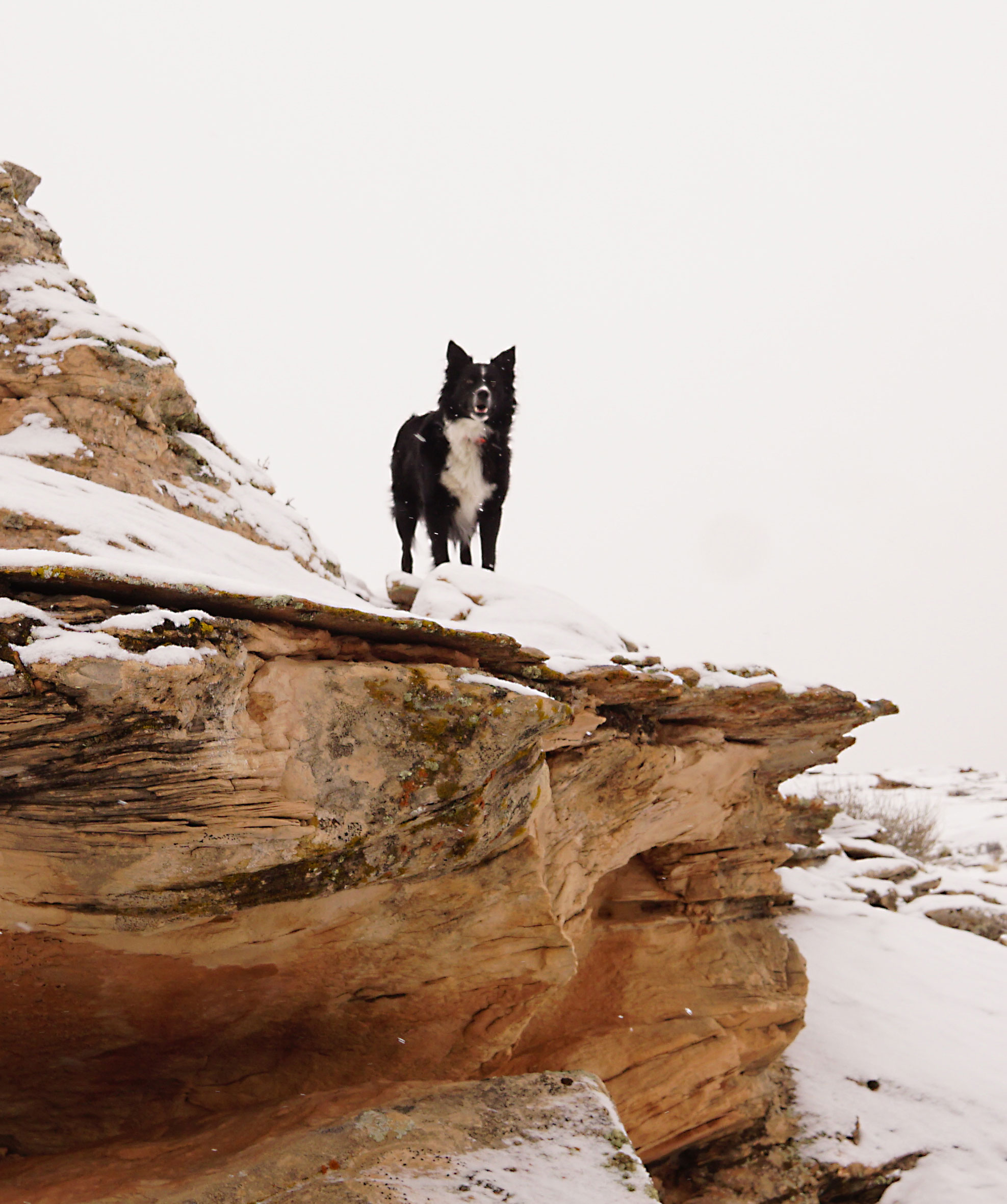 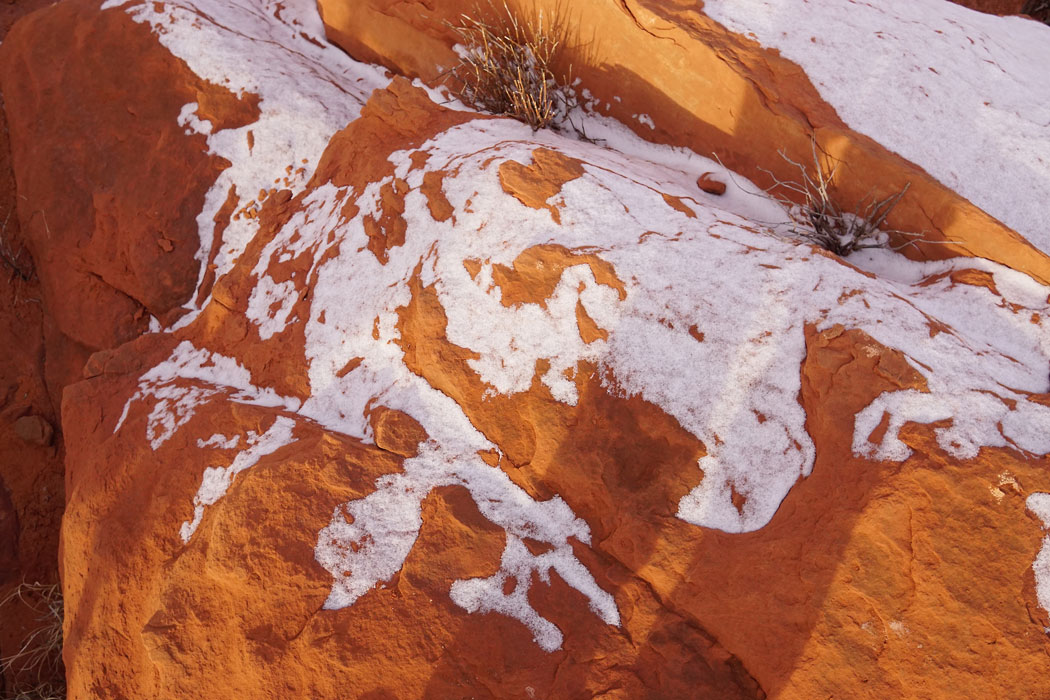 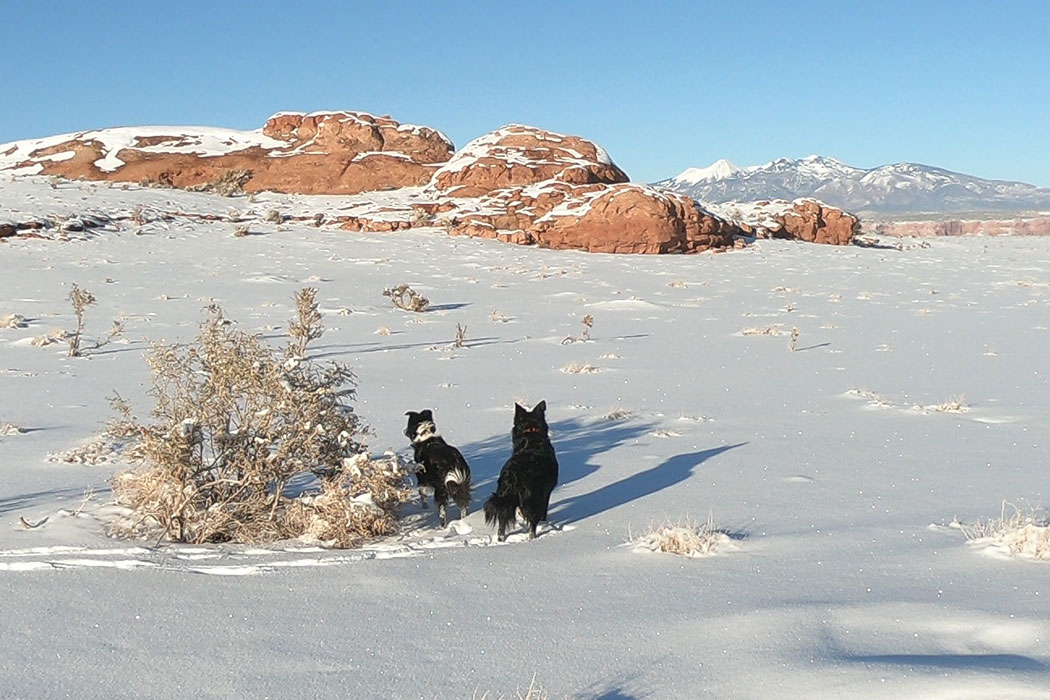 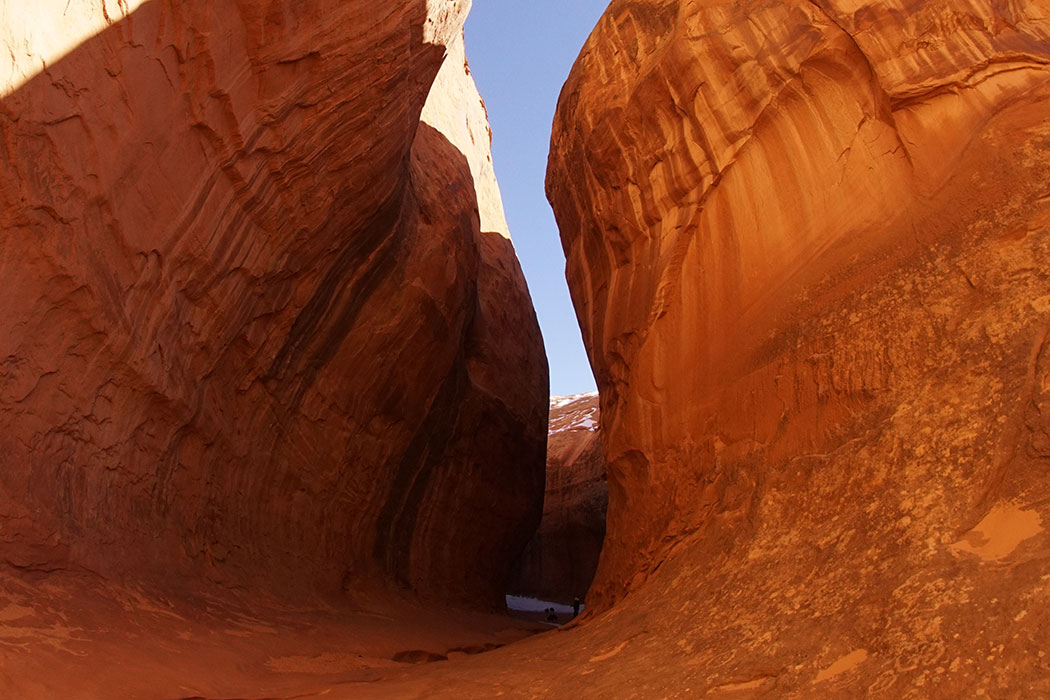 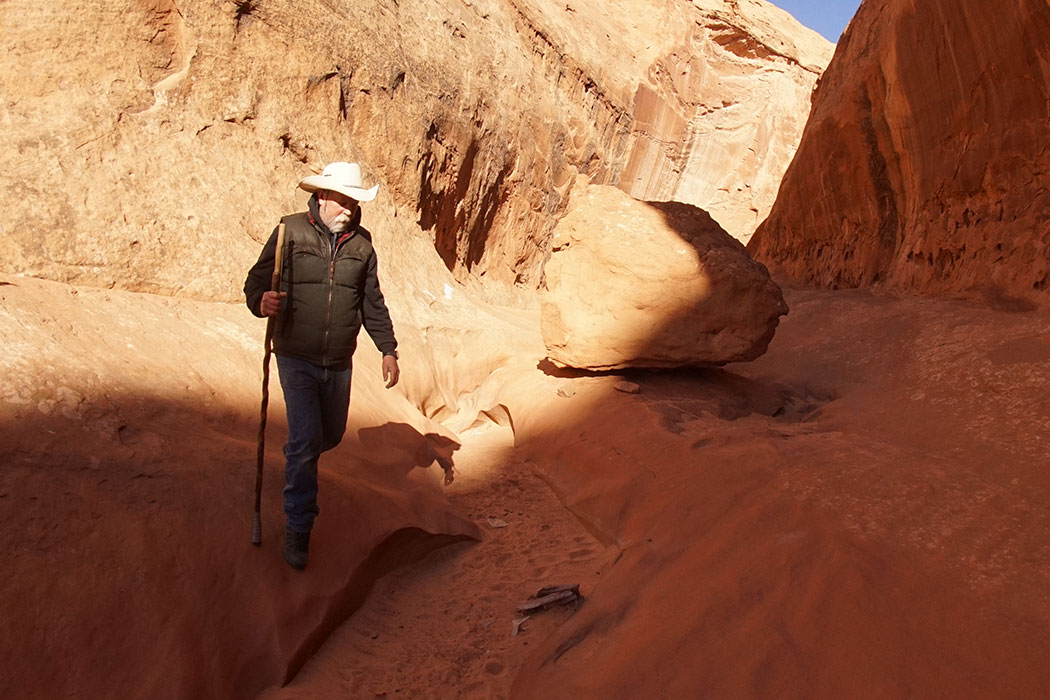