This video from summer of 2012 is of me playing with the dogs at the Snake River, south of Jackson, on our trip home from Montana. I was throwing a tennis ball in the River, and Ben, Mollie, and Hayley were jumping in and retrieving it. On my last throw the young dogs didn't go after the ball - maybe they were worn out, or cold. 12-year old Ben shows the heart that I have always loved in him, getting a bead on the ball and swimming in the fast part of the river after it, then coming out 100 yards downstream. (Ben in Snake River, click on link).

I don't have to look far to find countless breathtaking photos of him, during the hundred or so backpack trips he has taken with me since 2001. He has been my good mountain dog, my faithful buddy. Me and him sleep a peaceful and contented sleep in the tent with the other dogs after our active Rocky Mountain days.

Just two weeks ago Ben went with me up above Timberline, where I set my camera on a tripod and got these photos: 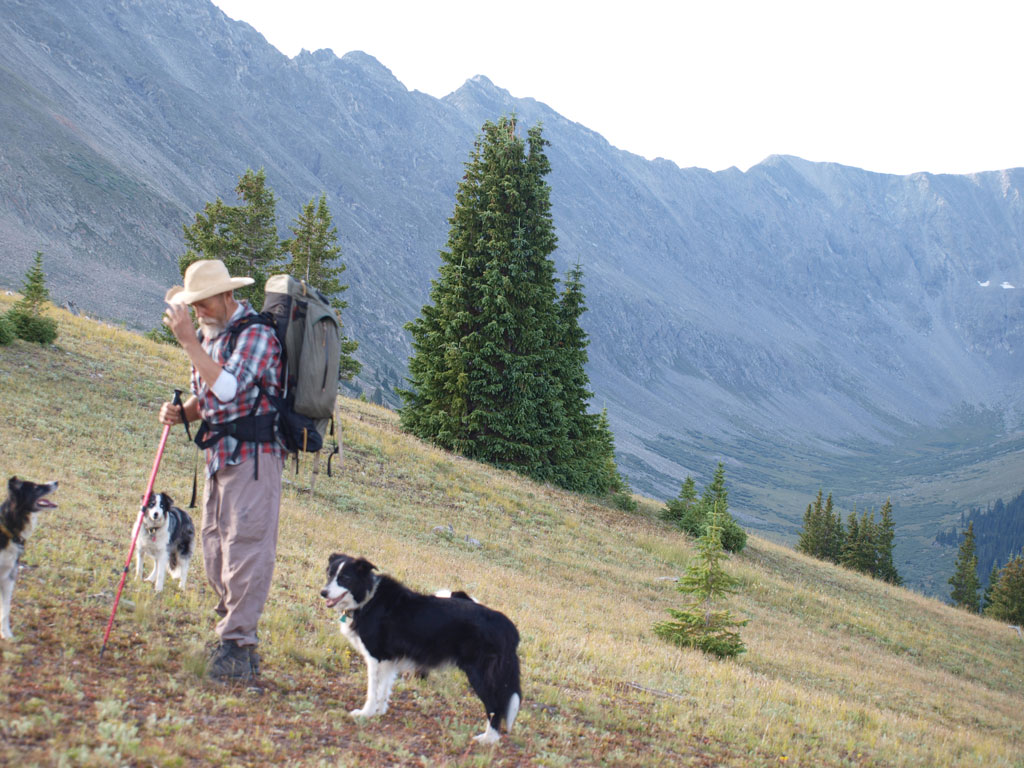 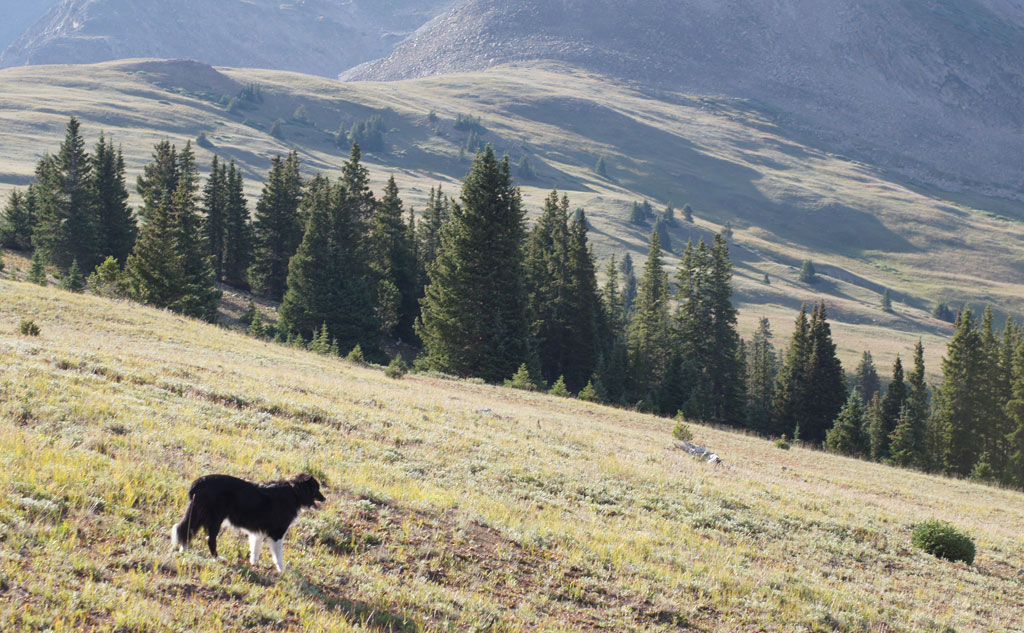 Ben has been losing weight, even with me feeding him extra of his favorite food. On Monday I took him and the other dogs down to the GreenBelt - he trailed behind, and I had to keep watching back so as not to lose him in the cattails and tall grass. Eventually he caught up to us by the lake, where I was watching the Sunset.

On the way back up the hill, Ben stood at the bottom of the steep part, looking up at me. Of course I knew he wanted help, and went down and carried him up. He was able to walk to the truck, slowly.

Ben is over 13, and it seems like his age may have caught up, that he has lost some of himself to it. All I am doing now is making him comfortable. I am worried that he is in pain. We will find out at the vet tomorrow.

I feel lucky to have had Ben as a mountain companion for so long. He has heightened my experience up there, by witnessing the passion he had for it all. He has taught my younger dogs how to act up there. They all would fall in behind him off trail, and they adored him.

I have been sleeping outside on my covered deck all summer, with my dogs around me. When I awoke at dawn Tuesday morning, Ben slowly lifted himself up and came over to be by me. I rubbed his ears and told him that he was my good dog, my mountain dog, 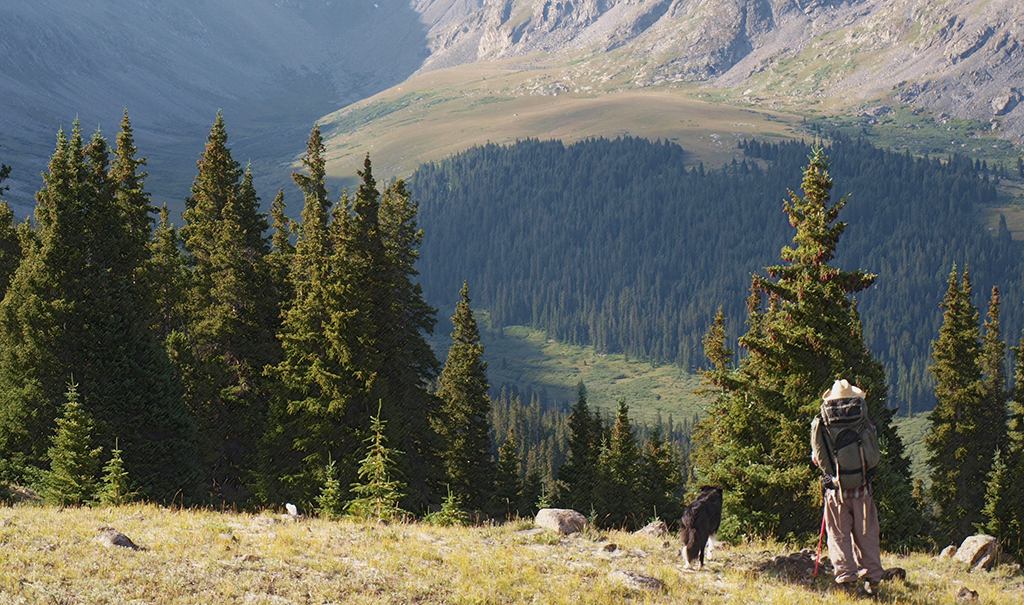 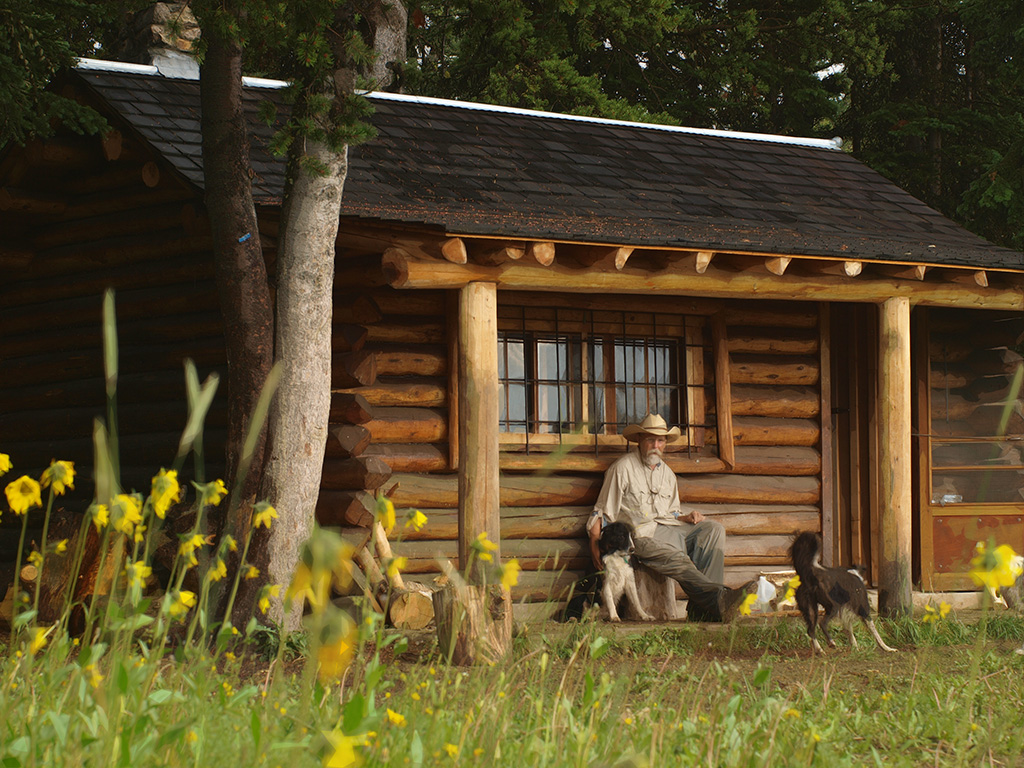 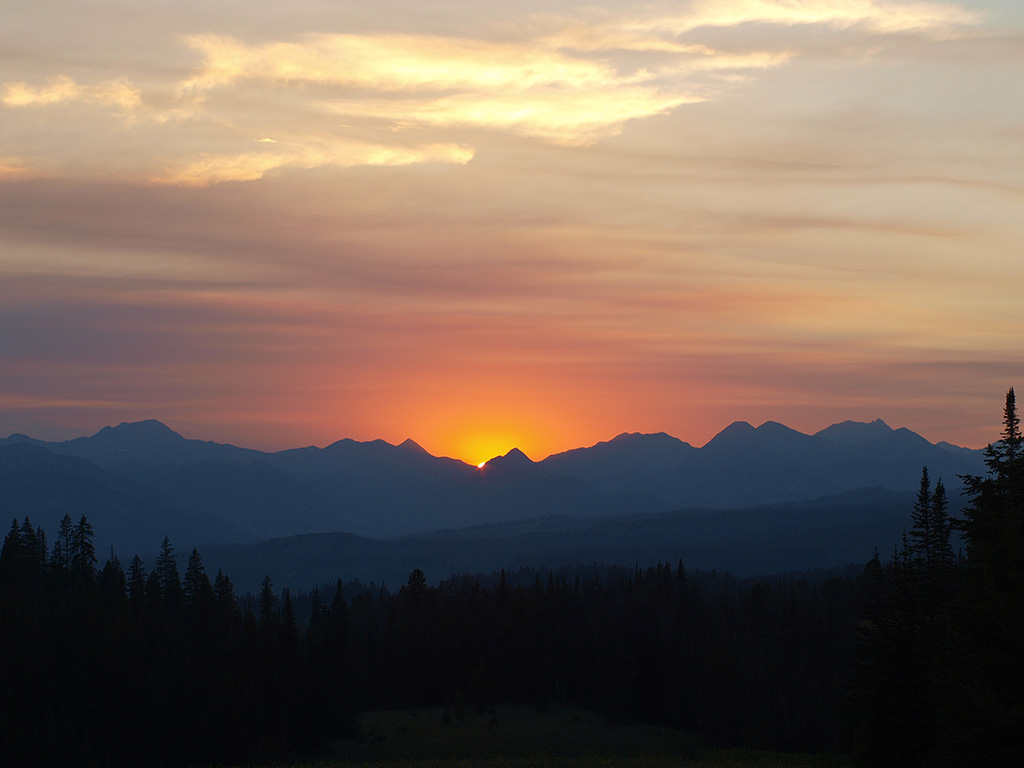 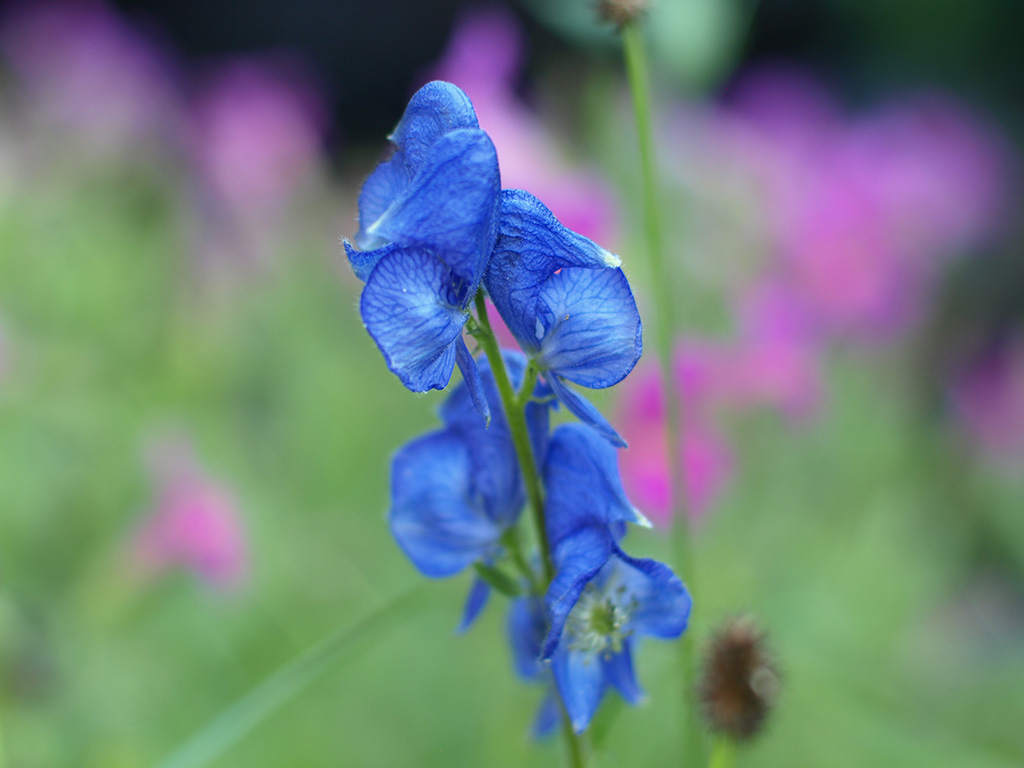 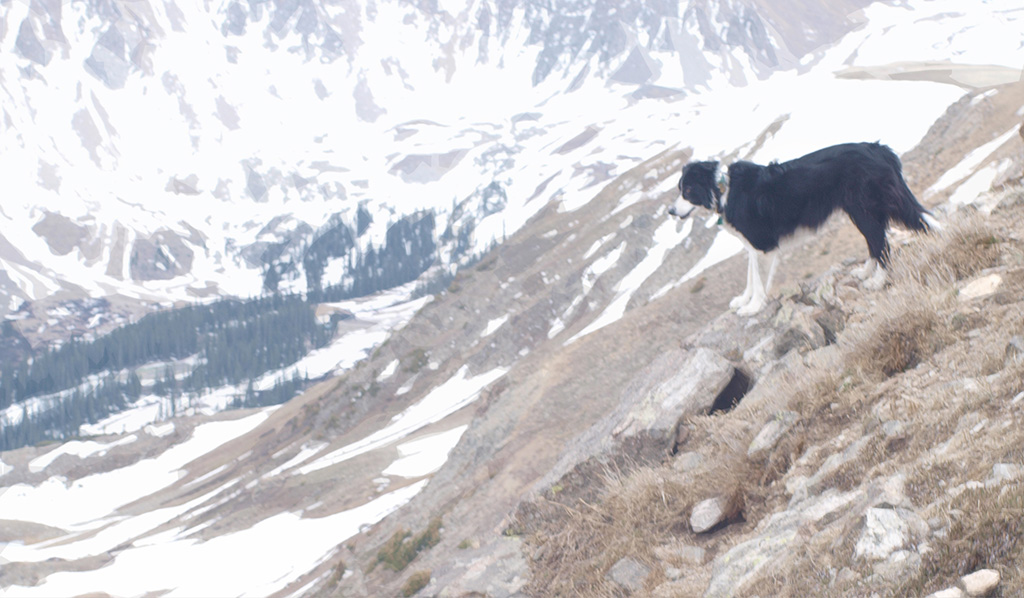 and that I loved him.

"The best friend man has in the world may turn against him and become his enemy. His son, or daughter, that he has reared with loving care, may prove ungrateful. Those who are nearest and dearest to us, those whom we trust with our happiness and good name may become traitors to their faith. The money a man has he may lose. It flies away from him, perhaps when he needs it most. A man's reputation may be sacrificed in a moment of ill-considered action. The people who are prone to fall on their knees when success is with us may be the first to throw the stone of malice when failure settles its cloud upon our head.

The one absolutely unselfish friend that man can have in this selfish world, the one that never deserts him, the one that never proves ungrateful or treacherous, is his dog. A man's dog stands by him in prosperity and poverty, in health and in sickness. He will sleep on the cold ground when the wintry winds blow and the snow drives fiercely, if only to be near his master's side. He will kiss the hand that has no food to offer, he will lick the wounds and sores that come in encounters with the roughness of the world. He guards the sleep of his pauper master as if he were a prince.

When all other friends desert, he remains. When riches take wing, and reputation falls to pieces, he is as constant in his love as the sun in its journey through the heavens.

If fortune drives his master forth, an outcast in the world, friendless and homeless, the faithful dog asks no higher privilege than that of accompanying him, to guard him against danger, to fight against his enemies. And when that last scene of all comes, and death takes his master in its embrace and his body is laid away in the cold ground, no matter if all other friends pursue their way, there, by the graveside will the noble dog be found, his head between his paws, his eyes sad, but open in alert watchfulness, faithful and true, even in death."

(Senator George Graham Vest, speaking to a jury about his dog, Old Drum, shot in 1869)